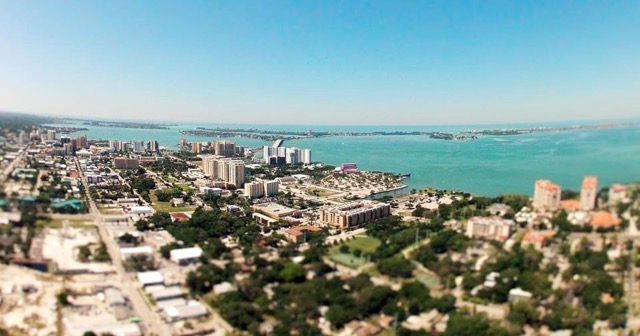 Bucking the upward trends of most regattas over the past couple years, Key West Race Week continues the slide it began a decade ago, with just 121 boats entered as of Friday’s entry deadline and some meager-looking class numbers.  So where has everyone gone?  One answer is Florida’s West side, which is raging with sportboat regattas up and down the length of the Gulf Coast.  Davis Island Yacht Club’s 3-regatta J/70 series is oversold, while we turn to a newcomer in the sporty world for more info on a great sailing venue that’s making the effort to get more people on the water.

The Sarasota Sailing Squadron has quietly been stacking the schedule for this winter sailing season. In just the last three weekends, SSS has hosted the kickoff event for the three stop VX One Winter Series, which saw three days of off-the-hook sailing with 21 VX’s on the line. This was followed by the 84 boat Laser District 13 Championships that included the Norwegian National Team. This past weekend was the kick off of the three event ActionQuest Sarasota Viper Winter Series with 13 Vipers on the line, in a series that now has 18 boats registered (and growing) for the upcoming two events in Jan/Feb. Phil and Wendy Lotz, with Luke Lawrence, were on fire as they managed to outpace North American Champion Brad Boston who was followed by Henry and Barb Amthor sailing with the always fast Ethan Bixby.

Considering that not more then 50 miles north of Sarasota Sailing Squadron, at Davis Island Yacht Club, there are 48 J/70s battling it out in the Quantum J/70 Winter Series, and with the news that the 2016 Melges 24 Worlds is likely moving somewhere in the vicinity, t has to be said that the West Coast of Florida is THE hot place to be sailing sportboats!