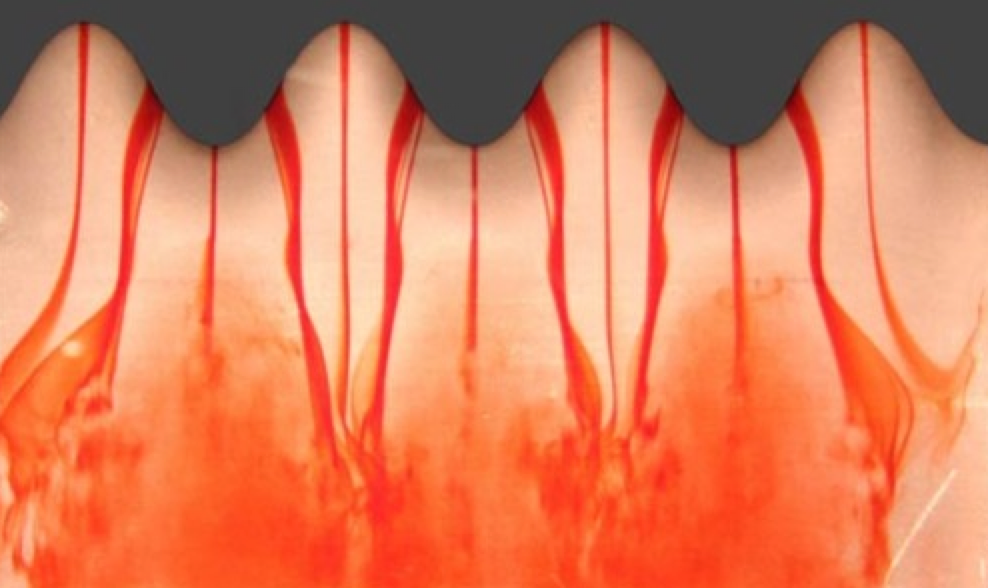 As expected, the Anarchists got right into the Rambler discussion after we posted “Sawtooth” the other day; we know of course that there’s nothing particularly new about Dr. Frank Fish’s ‘tubercles’ – we first reported on them back in 2008.  And there’s nothing new about them being on boats; after all, the guy who started the thread to discuss the Rambler’s teeth yesterday designed the big Icon, which we think was the first-ever race boat fitted with tubercles on the rudder (added by hydro guru Paul Bieker after the boat changed hands a few years ago).

Perhaps more intriguing is the fact that Juan K stuck ’em at the tips of the rudders rather than toward the stock, arguing against their use as a sort of low-drag replacement for the foil fences that can delay ventilation at high speeds.  We don’t know what Juan is thinking here, but there’s nothing new about that!

Come to think of it, we don’t understand why you’d build an 88-footer to compete against the supermaxis, unless your goal is to win on handicap, but no one would drop that kind of coin to win on handicap, would they?  We’re hoping that George didn’t; maybe he told Juan his favorite marinas have a minimum draft, and that was the one number that Juan had as an absolute?

Talk about the R88 here. Major props to the awesomely named fuckyeahfluiddymanics blog for the image.