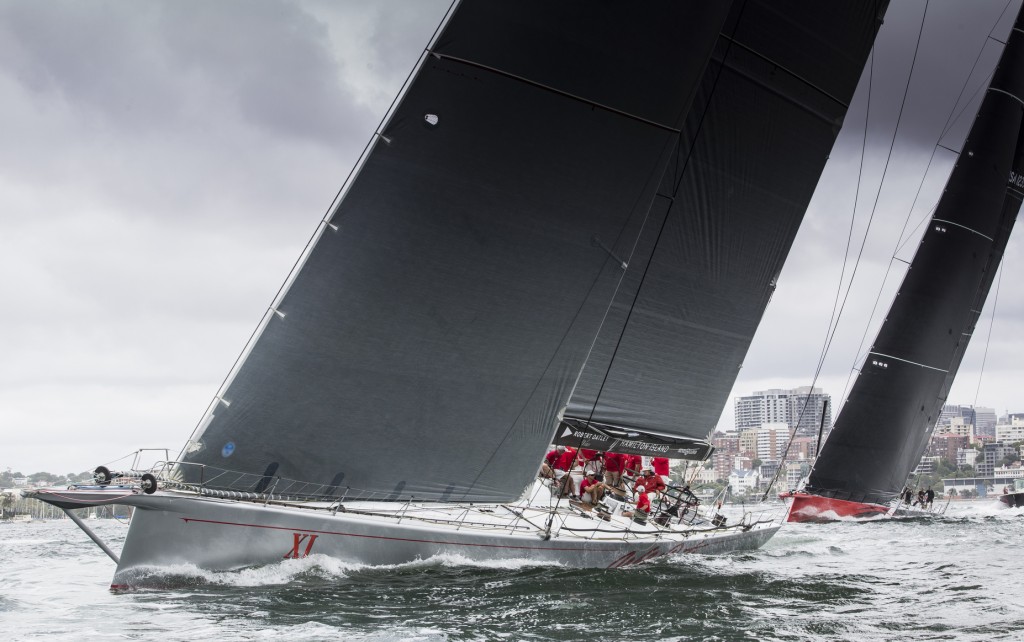 The SOLAS Big Boat Challenge race belonged to the super slender WOXI, but what a sensational day for everyone on the yachts and spectator fleet. Kenny Read did a solid job on the brand new beamy Comanche with minimal prep time for what was essentially a bay race – two laps around Sydney Harbour with plenty of soft patches to slow the boat but raise the tempo… In Kenny’s defense, Ricko and local boys on Wild Oats XI know the bays, know the breeze and know the boat and so went into yesterday race confident of their abilities to slot their silver arrow where they wanted – and they did that well.

But we were on the Anthony Bells Perpetual Loyal – and had a blast… Sailing with guys like Tom Slingsby, Tom Addis, smiling chef Guillaume Brahimi, rugby hard man Phill Waugh and the super fit and super psyched Sally Fitzgibbons was fantastic. Yes it was a curtain racer for the Rolex Sydney to Hobart race on Dec 26th, but today’s race was for the SOLAS charity set up after the horrendous 1998 Hobart race, plus a great opportunity to highlight the Loyal Foundation charity, so a big thank you to Anthony Bells Perpetulal Loyal team for the really cool pro-am program, getting folks on board and amongst it – great job guys! – Blue Robinson. Photo thanks to Mark Lloyd.