cry me a river 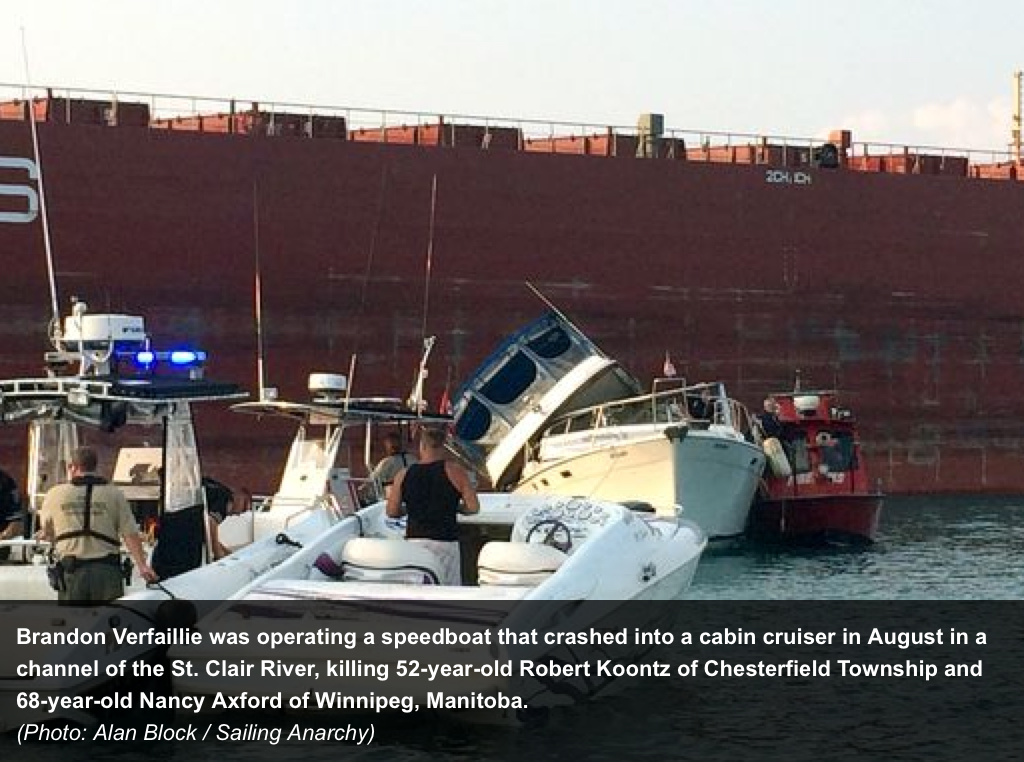 Remember when our Senior Editor was the closest witness to a multiple-death boat crash this summer on the river in Michigan?  Well, apparently there is some justice in the world, and it also means Mr. Clean won’t have to answer that witness subpoena after all.

Brandon Verfaillie’s blood alcohol was over 0.1 more than an hour after the crash according to police, and he he allegedly pled guilty to two counts of operating a vessel while intoxicated causing death and one count of operating a vessel while intoxicated causing serious injury; the maximum combined time he can be sentenced is 35 years, and the judge will hand it down in January.

Verfaillie is also facing wrongful death and other lawsuits.  His life is mostly over, but not over as the two people he killed.  Thankfully, while it’s got its shortcomings, the system sometimes works.

five in the pink