Sebastien D.in a recent post reckoned any statement will be prepared, orchestrated, refined and polished. No doubt but having had a (virtually) similar experience I have a theory, just a theory – that’s all but I think it perhaps may have some merit. 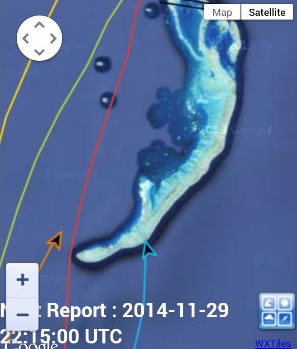 Nothing any of us armchair admirals say or do can change the tragic and disastrous grounding of Team Vestas on the Cargados Carajos Choals and it is not my intention to pour further scorn on those on the boat. As they say ‘Shit happens’ and what I have written below, as the title suggests, just a theory but firstly sympathy must go out to a group of 9 guys who at this moment in time must be completely gutted, apart from being incredibly lucky that their race is over but over with no-one such as injured, never mind what could have been a much serious consequence. Poseiden was cruel perhaps but with a tinge of mercy.

When I first heard the news my first reaction was to look at the pilot (a guide book to the sea for those newbies who have never been off a windward – leeward course). One of the pilots I looked at suggested the Cargados Carajos Reef was 3 miles SW of the charted position. Well that would explain it right away. Incidentally Google Translate reckons Spanish and the English is “loaded fuck” – fairly appropriate I’d say given the topography and surrounding seas.

On checking the Navionics chart with the area, comparing it with the position reported in the pilot and also with Google Earth (which is based on satellite photos) ALL gave the exact same position so discount the islands not being where all the cartographers think they are.

So how could it happen? Who knows?

Well I have been dipping in and out of Virtual regatta during this leg and at the beginning of the weekend I set my course and went off to do some work on my real boat. The wonders of Chinese internet meant I couldn’t get back on until Sunday evening and I had lost 10,000 plus places. How come?

On checking I was parked (thankfully just virtually) entirely coincidentally within hailing distance of Team Vestas and just like Nico and the boys driven straight into it. Mmm, that got me more interested.

I had checked my course well in advance then other things got in the way. On the real boat perhaps we will eventually find out, a wind gently backing perhaps or weather software clouding the issue or the image on the screen or perhaps something more fundamental. 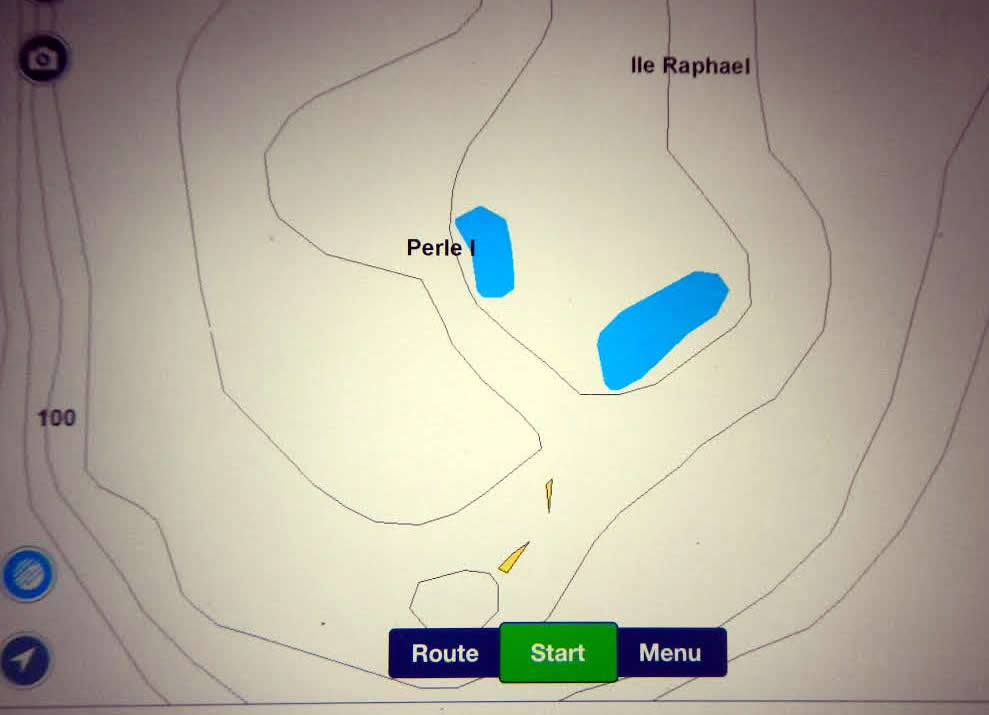 Indeed when I looked at the area on Navionics the area initially looked clear, zooming in a little there appeared to be two small islands at the heart of a shallowing. I say shallowing as the sea to the south and east is still at 500 – 1,000 metres deep, hardly anything to worry about.

Then one more click of the zoom button and whoah – suddenly a 26 mile long reef leaps into view – at about the same speed it would in reality from the deck of a racing yacht. Looking at the surf line on Google Earth it appears incredibly narrow like the reef is on the edge of a cliff. The night wasn’t particularly boisterous so nothing to make the surf more visible and no detectable land behind as the islands only rise to 1m.

Human error perhaps with catastrophic consequences but perhaps not of the severity as some have been suggesting. Perhaps one more click of the zoom wheel and it would have been a spot on instead of a head on moment.

Respect for Team Alvimedica standing by, Will Oxley looking after his old mate Nico and here’s hoping Persico can get fired up and help bring  Team Vestas back to the start line before the end of this edition of the VOR. – Shanghai Sailor. 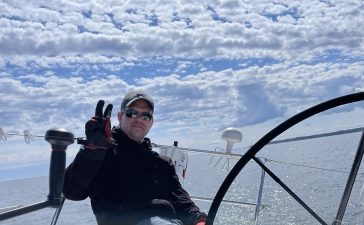