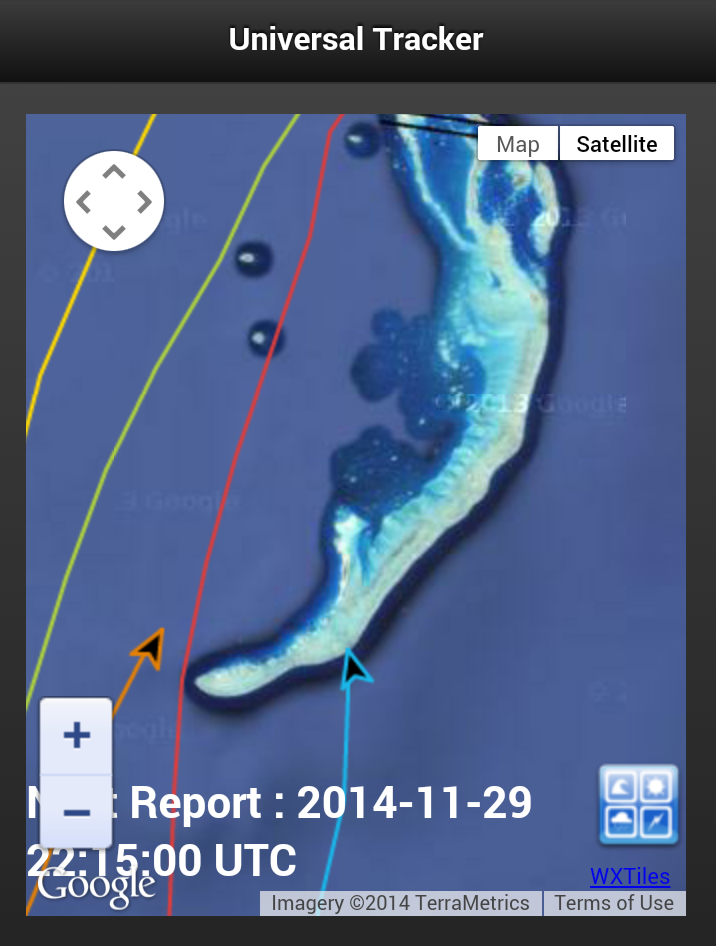 Volvo Race Control is on an hourly comms schedule with Vestas Wind.  BOTH RUDDERS are broken and the team has reporting water ingress in the stern compartment – one of two watertight compartments on the boat.  Team Alvimedica is standing by, and a small coast guard station on the nearby Isle de Sud is standing by with a RIB to help the crew off Vestas at first light; that’s in just four hours.  Too early to talk about salvage and the rest of Chris Nicholson’s race, but just enough time for the speculation and under-bus-throwing to begin.  We’re hoping there was some major electronic issue aboard Vestas that led to this navigational catastrophe; the alternative is too hard to fathom.

UPDATE 2: In the ‘you just can’t write this shit’ department, Volvo Ocean Race HQ posted one of Vestas OBR Brian Carlin’s underwater photos on Instagram just hours before the boat hit the bricks; the caption?  “Look Out Below!”

Saturday, November 29, Team Vestas Wind informed Race Control that their boat was grounded on the Cargados Carajos Shoals, Mauritius, in the Indian Ocean. Fortunately, no one has been injured.

We are in contact with the boat to establish the extent of the damage and ensure the crew is given the support needed to enable it to deal with the situation.
The Maritime Rescue Coordination Centre (MRCC) in Reunion Island is aware of the problem.

The crew has informed us that it is currently grounded on a reef but nobody is injured. Volvo Ocean Race and Team Vestas Wind’s top priority is to make sure the crew is safe.

The crew has informed Race organisers that it now plans to abandon the boat as soon as possible after daybreak. Team Alvimedica and two other vessels are in contact with Team Vestas Wind to assist. We will give you more information as it becomes available. Jump in for more.