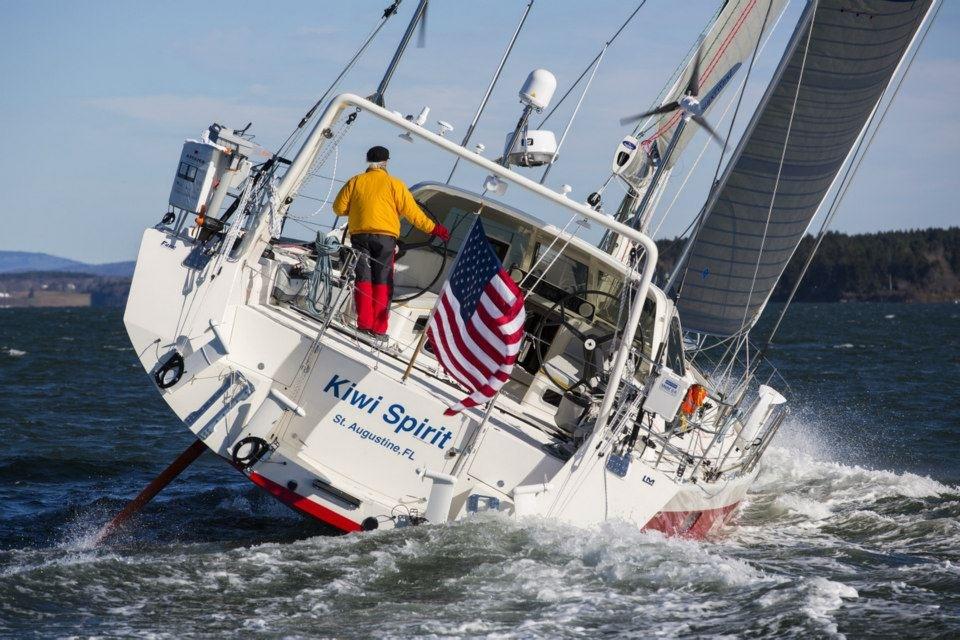 On Nov 15th at 14:34 AST Stanley Paris, aged 77 rounded St. David’s Lighthouse in his second attempt at Dodge Morgan’s 150 day Bermuda to Bermuda record to circumnavigate single handed, non stop and in this case without the use of fossil fuels, via the great capes. His vessel, Kiwi Spirit a 63′ Farr Yacht Design experienced a number of mechanical and rigging issues during an attempt 12 months ago that collectively had the shore team encourage him to pull the plug at Cape Town after 50 days at sea.

Stanley Paris is a determined individual who does not let failure dissuade him from trying again. As an previous 70,000nm circumnavigator ( with crew ), Hawaii Ironman finisher and having swum the English on two occasions out of five attempts he was not going to give up after last years effort now viewed as an excellent shake down cruise. Previous multiple solo circumnavigator Steve Pettengill was hired as project manager at the end of last years attempt and has added the necessary refinements to both sailor and yacht to give Stanley Paris the best opportunity to complete the journey.