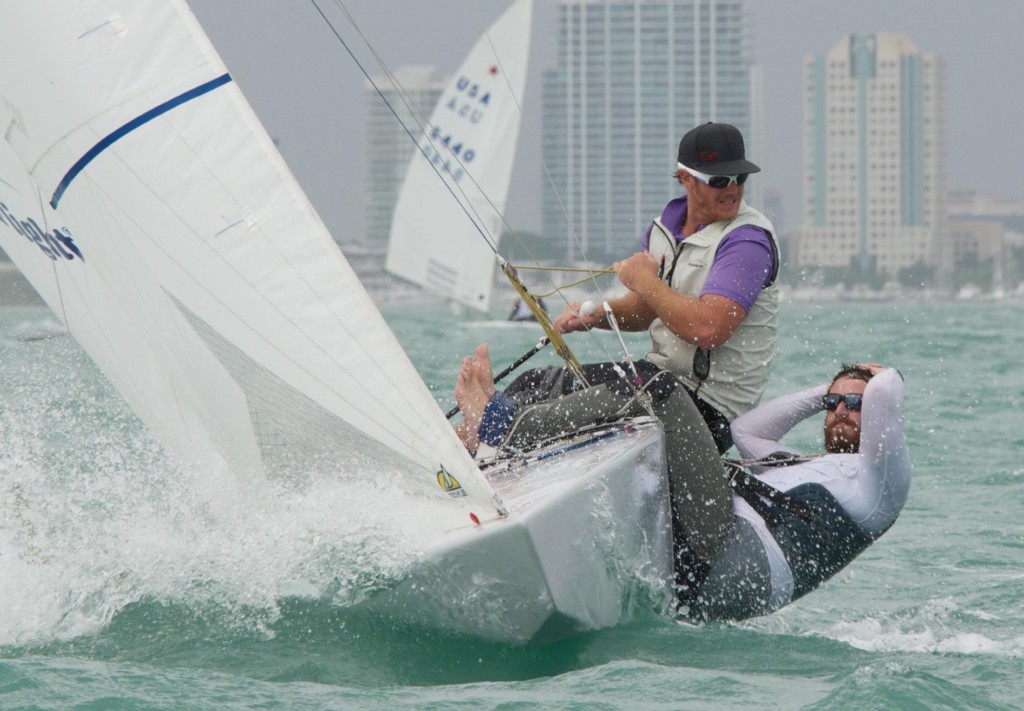 Like pretty much everything in sailing, it took three years of good management from the Star Winter Series  to go from nonexistent to nearly 100% growth, thanks to series founder Stu Hebb’s hard work and an early partnership with Sailing Anarchy, EFG International, and Blocksail.  Stu’s embrace of the modern era for his website, social media, and scoring helped move this sometimes-ancient class into the 21st century with predictable results: It’s now got a 24-year old champion for the first event of the season and more buzz than quite a few more modern classes.  Not something you hear often in the Star!

Fresh off one standout performance after the next, 2014 J/24 World Champ tactician Luke Lawrence was stoked to take this one.  “After a really fortunate year as crew, it’s great to get one as a driver, especially in such wildly varying and hairy conditions.  Huge credit to my crew Josh Revkin, who will hopefully help get me around the course in good fashion again in a weeks’ time in Nassau.

Wind from 8 to 28 knots meant a rig or two went for a swim, but the rest had a blast.  Marco Oquendo photo with loads more here.

will covid kill the cup?