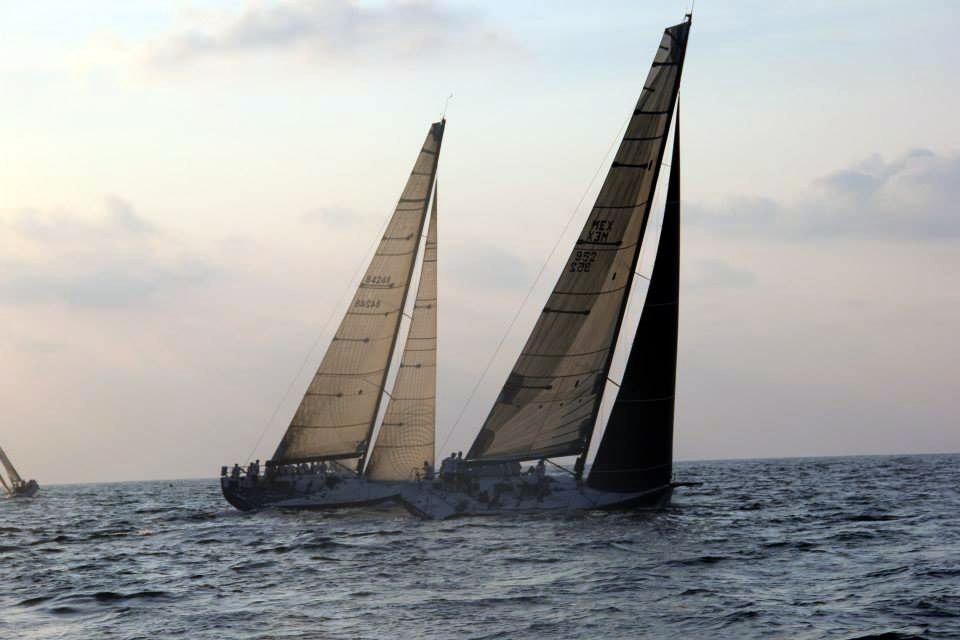 My name is Erik Brockmann, I actually met some of your Sailing Anarchy team at the J70 Worlds earlier this year. I was sad to see your publication the other day as the last thing we need is bad news specially in Acapulco and racers scared of comming to this great place for sailing.

This has been a very tough month as you may all know, but at the same time I can tell you that in the past 4 weeks we have enjoyed better racing than any other sailing venue in the world probably has. On september 25-26 we had our monthly regatta with great attendance and perfect sailing conditions. The fleet consisted of the 70 ft maxi Peligroso, five 52s, (Vincitore RP52, Bandido (Ex Meanie) RP 52, Patches TP 52, Destroyer (Ex Mayhem) TP 52 and Kayue (Ex-Flash) TP 52) a OD 48, Farr 47, six Farr 40s, J133, J120 and of course some of the older IOR boats that were very successful in the 80s and 90s all over the world. We have a 25 boat fleet that races for one weekend every month. Anyone who has been to any of these regattas I am sure will only talk great things about racing in Acapulco.

On November 8 and 9th we had the Copa Aaron Saenz which is for small boats and on that one there were 90 optimist, 50 lasers, 30 420s and 15 J70s who were sailing their National Championship at the same time.

This past weekend we had the Zihuatanejo-Acapulco Race for the big boats and as always great attendance, nice conditions and sailors enjoying this place. It is sure things are not at its best but with one of the best Yacht Clubs you will ever find and one of the best big boat based fleet probably in all the Pacific Coast of the continent, it would be hard to stop going to such a place at least once a month.