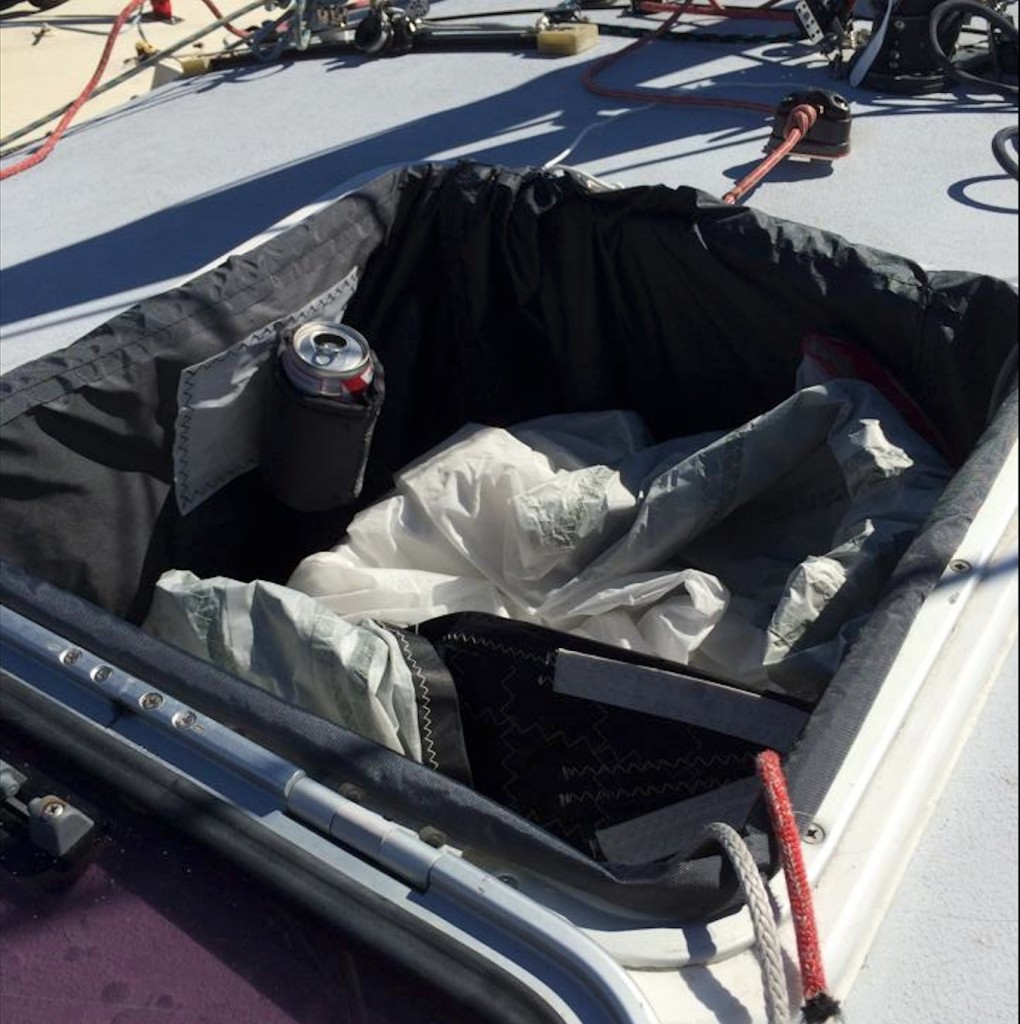 While the title of this piece may be an unavoidable paradox (like violent relaxation or crazy brilliant, both of which also can apply to most bowmen), one of the first-ever registered members of SA claims he has finally found the answer to the grumpy bowman with this technologically advanced, feature-rich foredeck hatch kite bag.  Who knows if he’s selling them or not, though we can think of a thousand lazy-ass boat owners who want them to – check in with aA in the thread.

Anarchist ‘Lex Teredo’, clearly a bowman in recovery, has already responded, and he explains that Stanley hip flasks are all we need, and why everyone wants to kill everyone else on his boat.  It applies to many, many more.  From the thread.

* Near as I can tell, the guy on the helm is trying to kill the crew, preferably bowman first, but if we blow another ****ing mark, he’ll settle for killing them in whatever order he can.  If the helm is bad, he will kill the crew on the other boat at the start first.  That’s an infraction, and he’ll have to do turns.  Goddamit!  What did I tell you about calling out lengths to the mark!

The trimmers are trying to kill everybody except the guy in the pit, because he brings them beer from the cooler – “Here, hold this jib sheet taught while I uncleat it.  That’s it… hand right near the winch.  Oooh, sorry, I forgot to mention we were about to gybe.  Um, duck next time, ‘kay?”

The guys on the rail just want to die if it’s rough, and they just want to bang that hot chick on the other boat if it’s nice and it’s bikini weather.  It’s probably giving them too much credit, though, to assume these inchoate longings occur at a conscious level; it’s more like how starfish view the culinary world after it turns its stomach inside out and goes looking for some chow – it will settle for anything it can rest its stomach on.

The guy on the bow wants to kill everybody, himself first based on his utter disregard for established safety protocols. I have a soft spot for the bow workers. You know how firemen go running into a house on fire to rescue somebody?  Bowmen are like a neighborhood man who runs out of his house naked and into the nearby house on fire even before the firemen get there.  It’s only to rescue his stash of vintage Juggs magazines, which his nextdoor neighbor Phil had borrowed, but you have to appreciate the dedication and single mindedness.

And the guy in the pit would just like to see some daylight and stand straight up for a change.  This is why most of your happier, higher quality pit men are blind hunchbacks.  They aren’t much as conversationalists, but on the upside, they are great at pulling hard on ropes and can be trained to bring beer when you ring a ship’s bell.