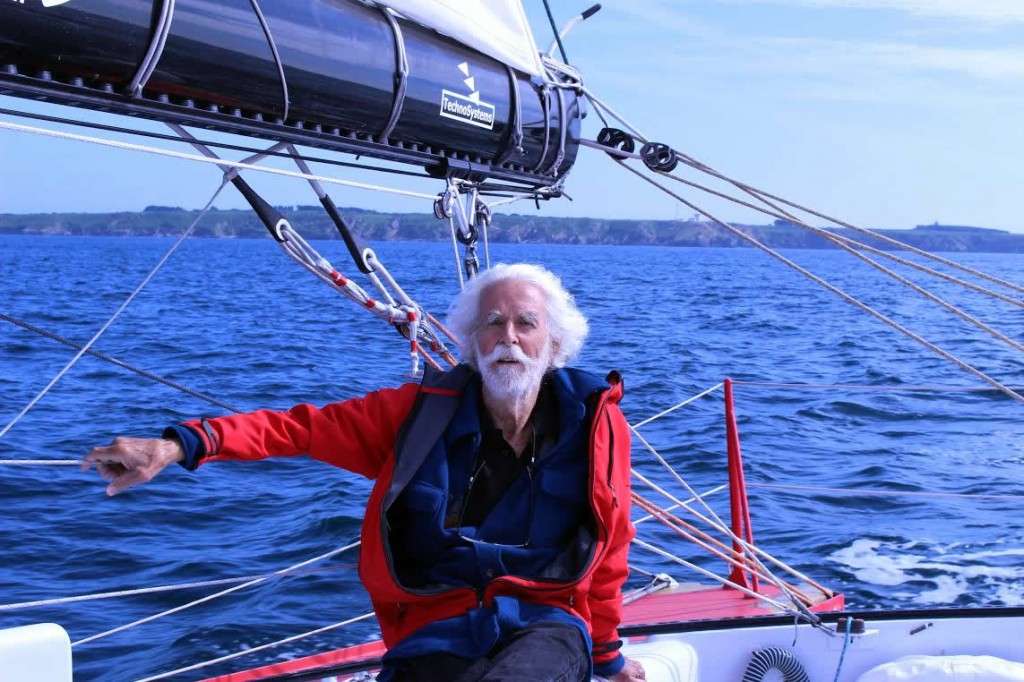 He is and will be mourned by his daughter Saskia, his son Pom, wife Susan, his immediate family and by a circle of friends as wide as the ripples of a lifetime of major contribution to yachting and international yacht racing can spread.

Bill Green was born in San Francisco, Calif, in 1937 and built his first boat at the age of 11. He arrived in England from the city of Kerouac, flower-power and all that went with it aboard George Kiskaddon’s Spirit of San Francisco when European and English yachting were still hide-bound by tradition and white duck trousers but ready for change. Spirit and her bandana-wearing crew rocked the boat in more ways than one and her English season of 1967 is still spoken of with awe by those who were there – especially those who were downwind.

After a spell of international crewing, racing and running the world-girdling schooner ‘New World’ Bill returned to his native city and teamed-up with friend and fellow Californian Doug Peterson who needed help building a new boat to the then new IOR for the One Ton Cup. The boat was Ganbare. Ganbare won the North American One Ton championship of 1973 and then went to Sardinia for the One Ton Cup itself. They won the first four races but in the triple-scoring long offshore went round a mark the wrong way, were penalised and the One Ton Cup was won by the Dick Carter-designed Ydra. What Bill Green said to the navigator is not recorded but we may assume it was pithy and to the point.

Ganbare, Peterson and Bill Green seriously caught the attention of British boatbuilder Jeremy Rogers, who asked Green to join his company as consultant and help them build and campaign their own race boats. At a time when many British offshore racers still took pyjamas to sea, had sherry with supper and worked watches Bill Green’s minimalist stay-awake-and-sail-the-boat approach coupled with an equally minimalist attitude to just how many winches and similar deck hardware was needed both changed perceptions and won races. Ganbare became the Peterson 35, went into production with Rogers and in 1974 the ‘works’ Peterson 35, Gumboots, won the One Ton Cup, giving Bill his revenge. It also cemented the association with Rogers and with Lymington.

In the early Eighties Bill with the technically brilliant Ian King (another Rogers employee) and their wives Elsa and Dianne founded Green Marine, the four together building a company which quickly became a world leader in advanced composite construction. Green Marine’s output ranged from lifeboats and military craft to mega-yachts, America’s Cup boats and Whitbread and then Volvo round-the-world racers.

Away from boats and boat-building Bill Green was a latter-day Renaissance man with a wide range of knowledge and interests from Mozart and opera to good food and cycling. His collection of state-of-the-art road and race bikes is the stuff of legend.

There will be a private family cremation on Thursday but on November 22nd those who sailed with, loved or whose lives were enriched by this extraordinary sailor, boat-builder, businessman and polymath are invited to gather in Lymington to raise a glass or two, swap stories about him or just simply reminisce in a very Bill Green way: roasting some meat, listening to some music, drinking some rum.

His family are keen to collect stories about Bill. Please mail your own reminiscences to [email protected] If you would like to attend the gathering please e-mail for details. — Malcolm McKeag.

lahaina (do we have to) return