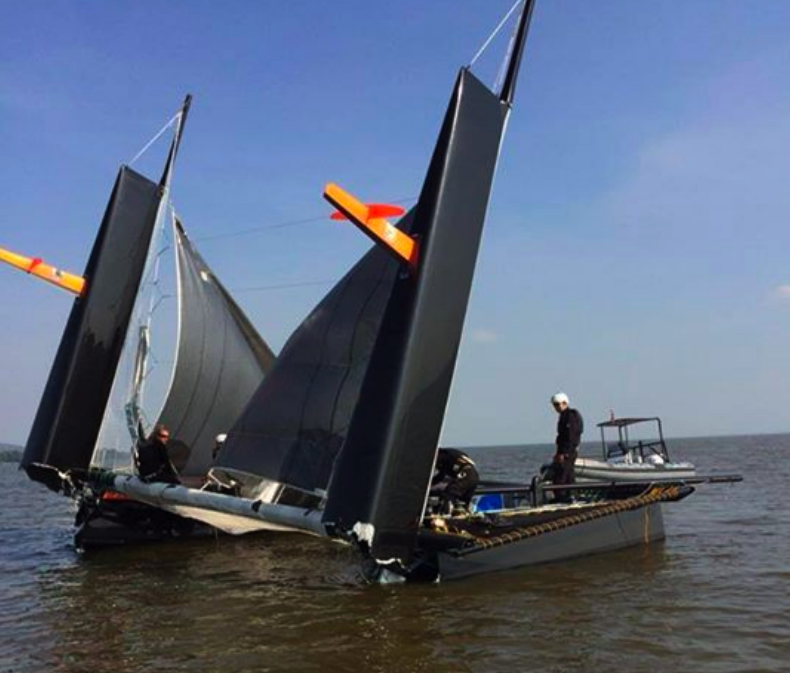 The team of fifty fifty, the Hungarian 50 foot, twin rigged catamaran has built a second, smaller 35 foot foiling catamaran. The reason for this was to be able to compete in other European Lake races which have a LOA limit of 35 foot. They moved the riggs from the big one to the smaller one and test sailed it.

After initial towing tests they started with sailing just a few days ago. Yesterday during sailing the catamaran broke. Nobody was injured. The exact cause will have to be determined, the team is now on its way to Malta, to compete in the Middle Sea race with their mini maxi Wild Joe (former Wild Oats IX). Check it.

Title inspiration thanks to The English Beat.