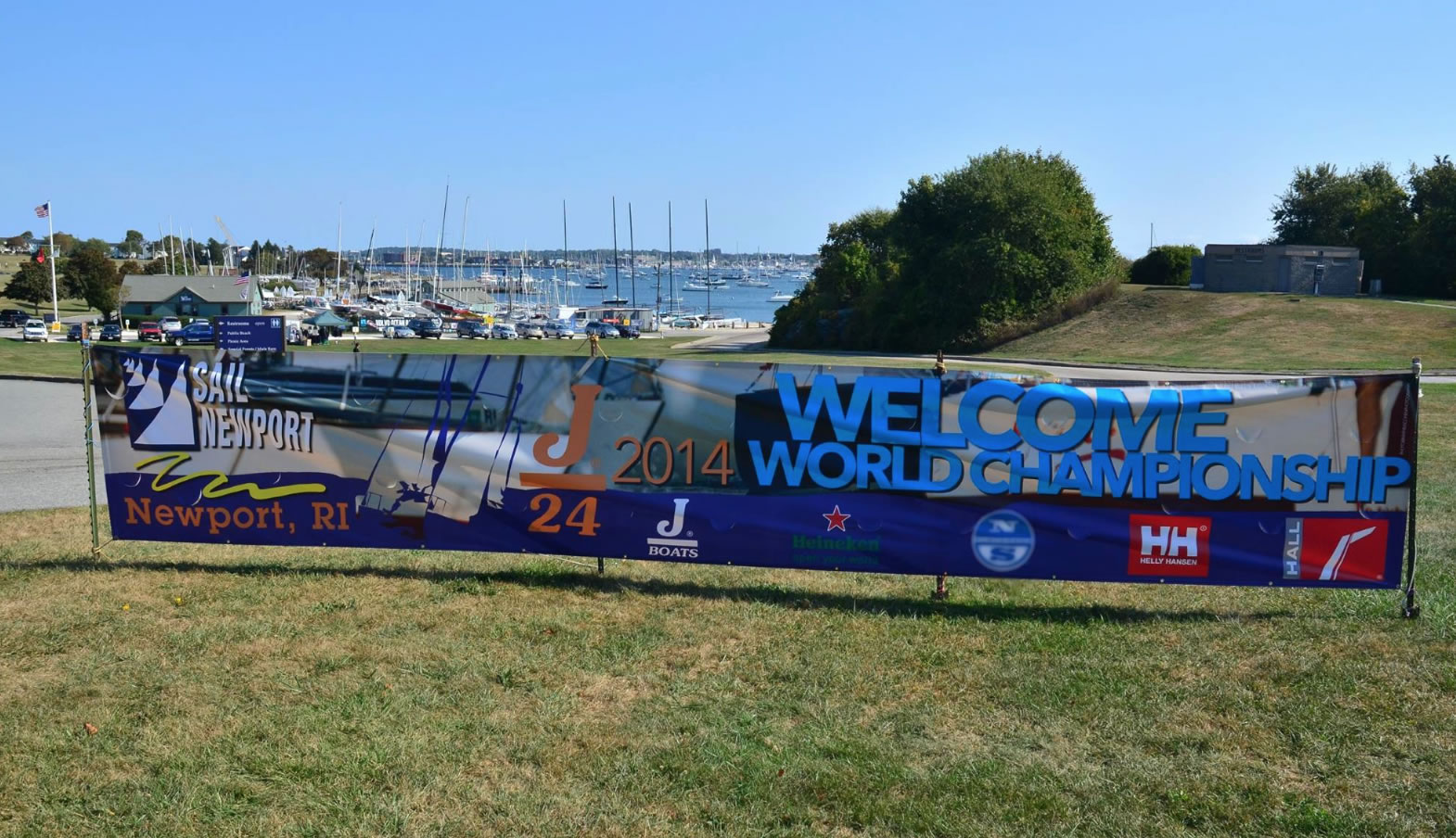 Bulgarian native Rossi Milev is a maple-waving Canadian in everything but his accent, and he’s been at the very top of the boatbuilding game for a long time.  Responsible in part for the Canadian C-Class team’s success as one of its lead boatbuilders throughout the 2000s as well as the ‘babysitter’ for the BMW/Oracle 90 DoGzilla at anchor in Valencia, Rossi’s first love is far less technologically advanced: It’s the J/24.  Rossi’s been sailing 24s since television was invented, and he’s been tantalizingly close to taking a Worlds more than once.  Now that he doesn’t have to worry about Italian or Brazilian juries, he’s making a run for this week’s J/24 Worlds in Newport with full support from Sailing Anarchy and team sponsor Lavalife.com.  Here’s our first of a full week’s worth of reports from Rossi, previewing the fleet for the SA’ers.

It’s thirty-six years later and the boat everyone loves to hate, yet produced many of the top sailors in the world, has returned home to Newport for the 2014 J24 World Championships.  Worlds brings 71 boats representing 13 nations and some of the best and most talented sailors in the world, proving for yet another year that the class will keep on trucking long after most of us are too broken to sail it.

Focusing on improving one of the toughest parts of a J/24 Worlds, the Class has made a major effort to simplify the measurement process, without sacrificing the strict one design class rules. Tim and Marie Winger, with the help of many local and international volunteers, have done a great job and after just 1 day of measurement, many boats hit the water. 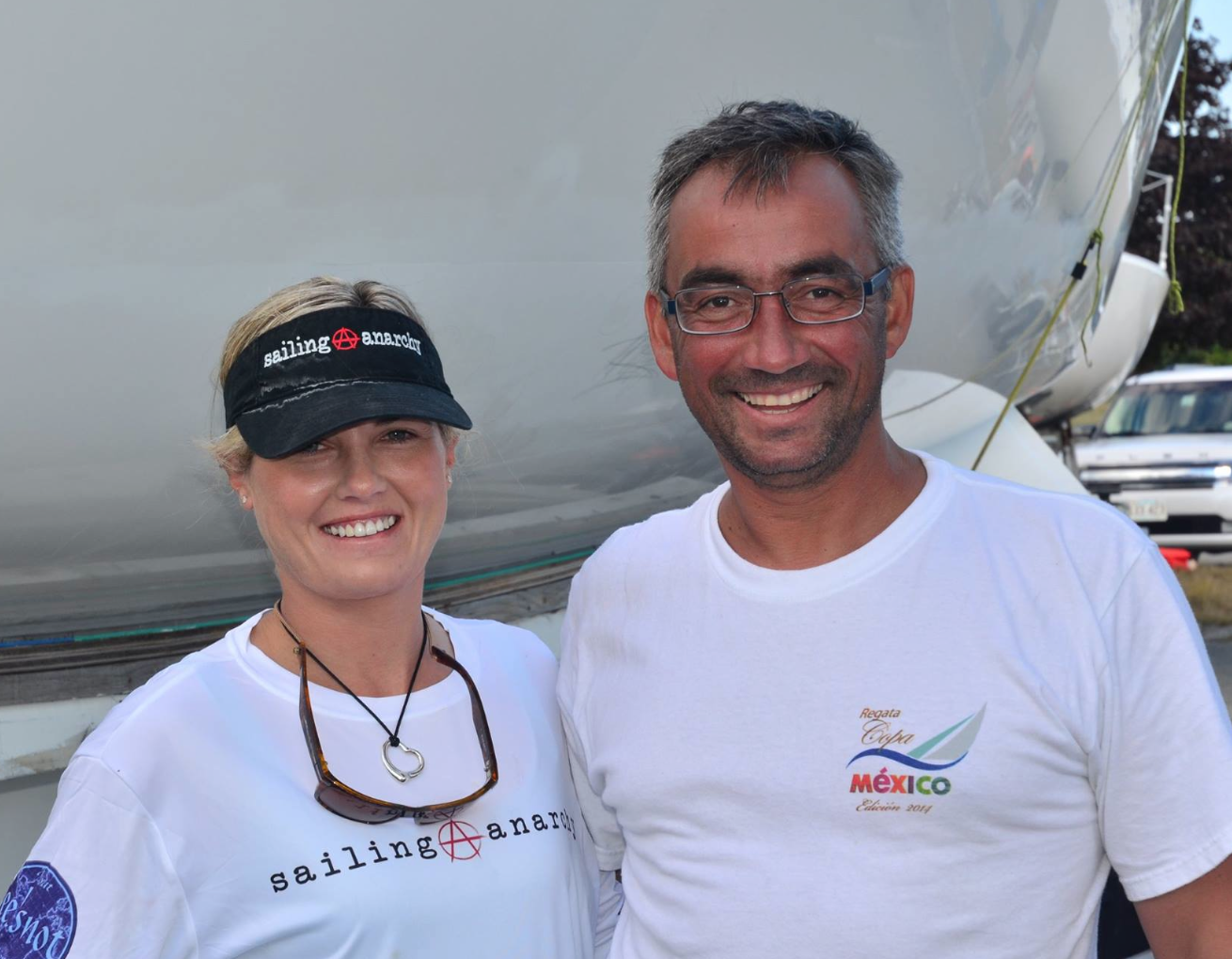 One can feel the excitement and anticipation in the air, as day one of racing quickly approaches and teams are out on the water practicing. It’s clear there is no lack of talent among the group, with former world champions and talented new teams here to compete, narrowing the top boats is almost impossible, but let’s give it a try.

Team Helly Hanson, the reigning World Champion, with John Mollicone, 2013’s North American Champion, at the helm, is going to be tough to beat in their home waters. Especially coming only weeks after Team HH with skipper, Tim Healy, soundly took the first ever J/70 World Title here in the same waters.

Four time World Champion Mauricio Santa Cruz of Brazil returns with his team Bruschetta and a brand new Waterline Systems built J24; if he takes this one, he matches Ken Read for the most J/24 World titles.

Will Welles is on fire having just won the US National Championship a few weeks ago; if they can keep up the momentum, they’ll be tough to beat.

Mike Ingham is another ‘always a bridesmaid’ skipper at J/24 Worlds;  the new European Champion and current North American Champion returns with his same international team, looking for the big one.

Tony Parker, with his boat Bangor Packet, has been in the class since he bought his first J24 in 1979. He has competed in many Worlds and placed in the top three before. He is bringing his very experienced team and is ready to win.

Longtime Class supporter and top performer Mark Hillman was set to compete in collaboration with Japan’s Sumio Shimyama sharing the helm 50/50, but an injury forced Sumio out and brought longtime SA friend George Peet into the fray.  With the consistently strong Hillman at the helm, this team will definitely be in contention. 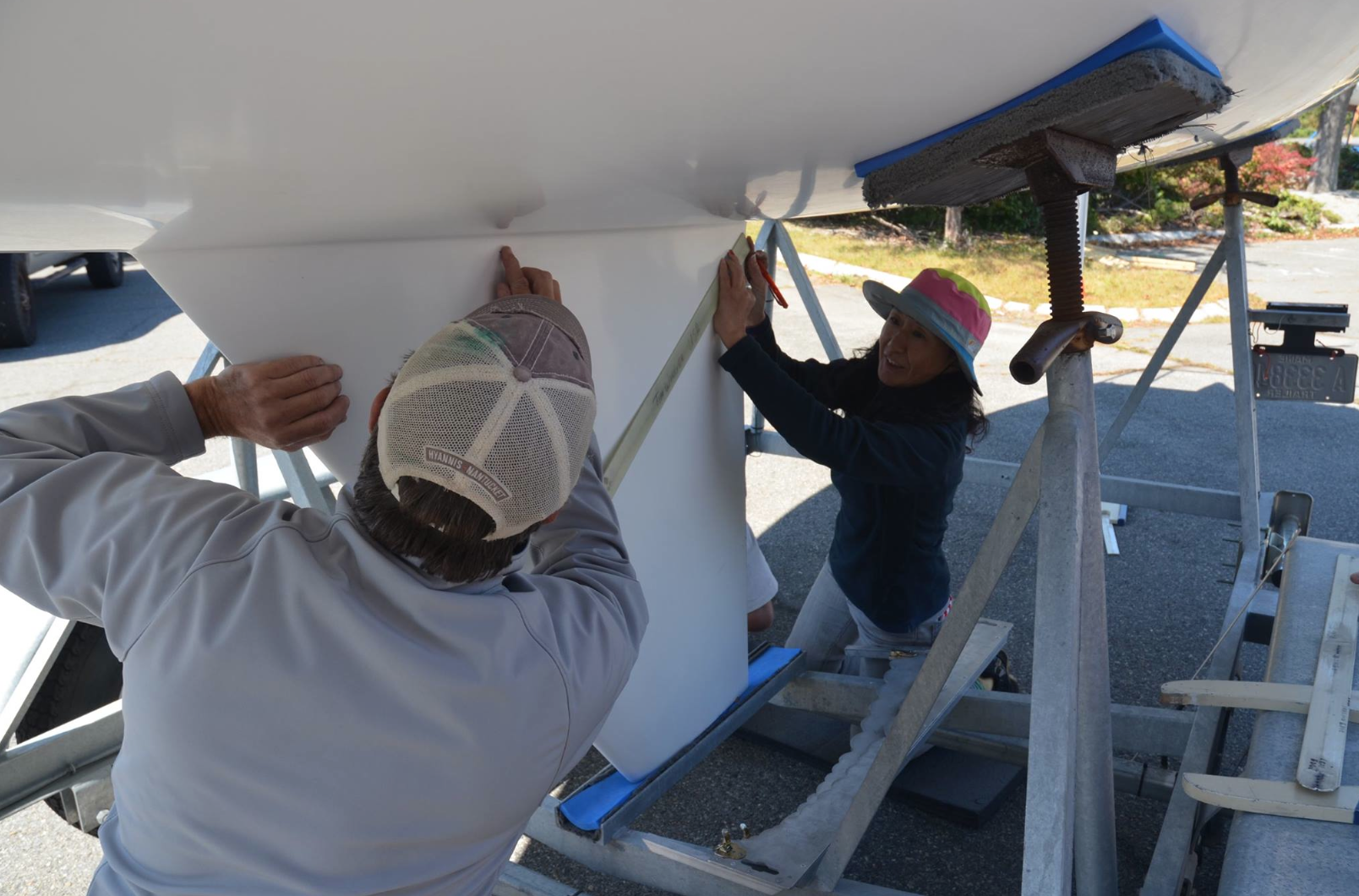 Travis Odenbach placed third at the 2013 Worlds and is a past North American Champion. He has worked very hard in the class and has put together a talented young team, making it very likely Team Honey Badger will be in the hunt.

With such a deep and talented fleet, there are far more boats to look out for than just the above.  Here are a couple of potential spoilers:

A young and talented skipper from fleet 50, Mike Marshall “aka Maverick” on Pipe Dream is a local favorite and won a 5-leg practice race that the fleet abandoned after four.   Frithjof Schade of Germany placed in the top 5 at last years Worlds and is among one of the top competitors in the vibrant European fleet.  Greg Griffin’s Team Tarheel  has an extremely experienced crew and will likely have some top finishes.

As in any championship there are sure to be a few wild cards and this regatta will be no exception, with many local Fleet 50 sailors and former J/24 World Champions like Anthony Kotoun and Jens Hookanson spread through the fleet, their performance is anyone’s guess.  With big tides and moderate to strong Southerlies set to begin the week, the next J/24 World Champion is anyone’s guess.

Thanks to my sponsors Lavalife.com and Sailing Anarchy, my Canadian/US team Clear Air hopes to be strong contenders.  Look for our daily reports right here all week with photos like these from Chris Howell, with full galleries here.  You can follow the action right on the J/24 Facebook Page.