Next time you hear someone complain about poor participation in their local fleet or the lack of new sailors, tell them to think outside the box the way the Columbia Yacht Club does.  Story from ColYC Membership Manager Morgan Kinney.

It all started with a text message. “So I have an idea for a race,” wrote Russell Woelfel, a National Brand Ambassador from Goose Island Beer Company.  Russell has been educating racers about beer at sailing events at Columbia Yacht Club [and at the annual Winter Anarchy party -ed] for 2 years now, and a month and a half ago, he pitched an idea that would becomee the largest single day buoy race in the city. 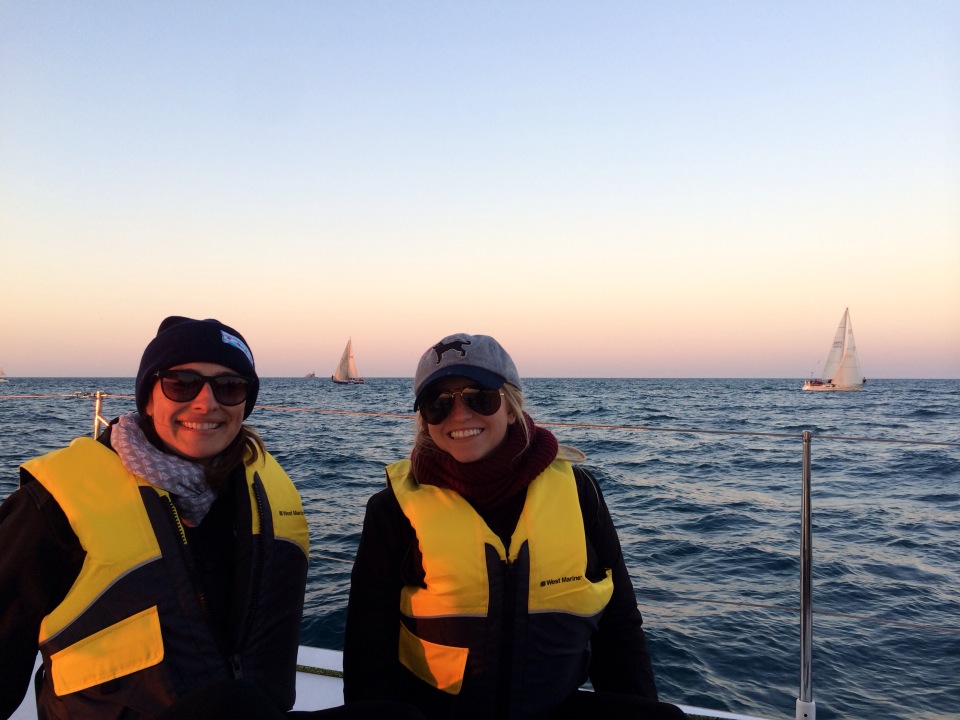 Russell envisioned a fun night of racing and introducing Goose Island employees to a sport that their company sponsors. As soon as the conversation was over, I ran with the idea – a free race with free post-race beer, free 12-packs for all registered boats, and guest crew members. The low cost was possible thanks to the use of a crappy free scoring program, registering via Google Docs, and, of course, all libations provided by Goose.

A Wednesday night race the week after the Beer Can Series ended seemed like an optimal date; no conflicting races, but plenty of boats still willing to go play in the lake.  We were shooting for 15 boats in August when I met with Russell and Jack Blake, Goose Island’s Field Activation Coordinator. Another Goose and local racer Jason Gilbert and I tag-teamed hassling boats to enter with little luck at first, but by the end of the month, we reached our goal at 20 boats. A week later, we doubled it​​. By 5PM on race day, we were hosting a Wednesday night race with 54 boats on the line.

There weren’t even enough Geese to go around, and several boats were mildly insulted that they didn’t have a guest crew member – anyone from a sales rep to a head brewer. Herding the Geese to their boats was a bit like herding geese, but they all made their boat call, which was quite impressive in and of itself. They boarded everything from the Andrews 77 Ocean to one-designs like the J/105 and T-10s. 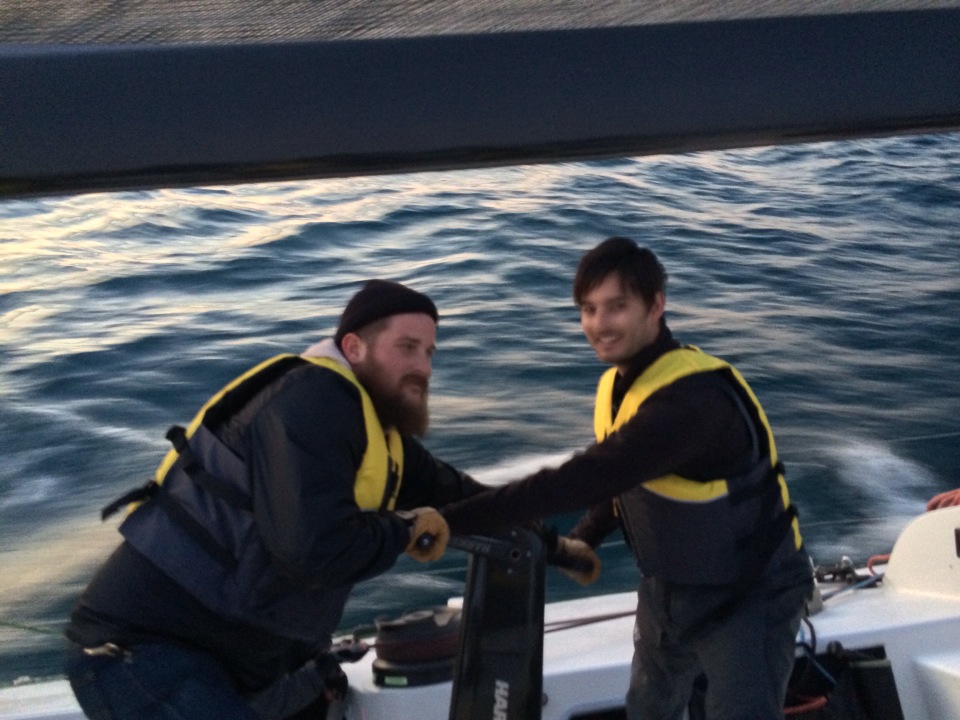 We could have hardly asked for better weather – a steady 10 knots in cool, fall breeze. I paced aboard the club ship drinking stress relief tea, hoping that the breeze didn’t die, praying that the Geese were having a good time and swearing up and down that boats would mind their manners. At a few miles offshore all I could see were tiny twinklings of lights on the horizon. At 8:30 P.M., all I could think was, “Fuck, it’s dark. I should’ve started the race an hour earlier. Wait; it’s a night race – darkness is fine.” But finally those twinkling lights got brighter and the boats started packing onto the dock.

If the Geese wanted to be put to work, they were put to work. “I was doing it! Down there squirreling the kite and pulling it up,” Jack acted out the tasks he accomplished once ashore. Another couple of women were awestruck after sailing on a Beneteau 36.7, “This was the best time I’ve had all year!”

More than 350 people from 54 boats returned to the club to go through three kegs and devour 1,200 tacos on a Wednesday night in mid-September.