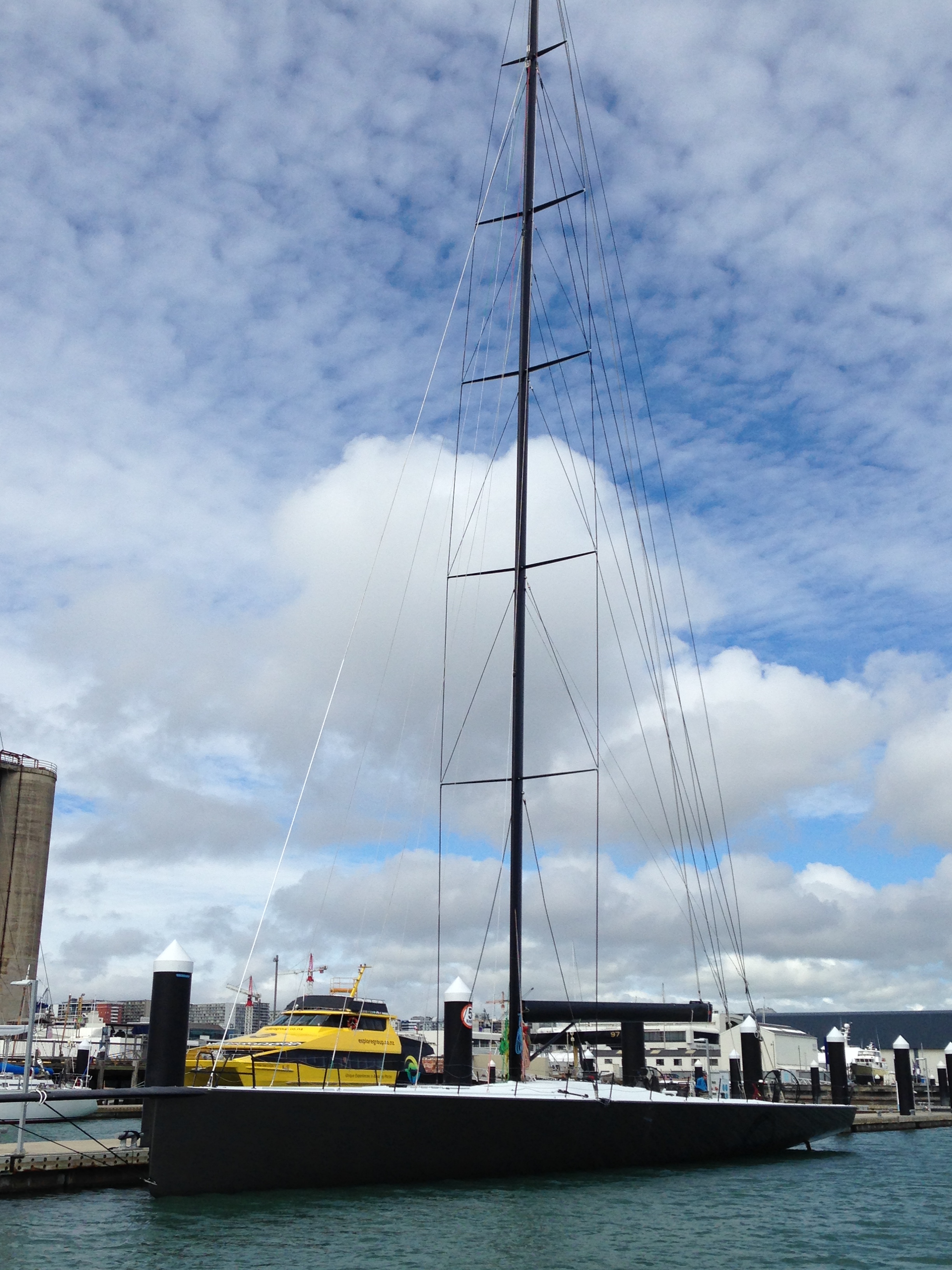 Thanks to income inequality and the booming markets, the maxi class continues to roll; Fresh off a huge acquittal in one of the biggest insider trading trials in years, Flash memory tycoon Manouch Moshayedi bought a motherfuckin’ boat, then made her a Transpac weapon.  Here’s the story from our friends at Doyle NZ.  Back to Eddie Murphy’s “Raw” for the title shout.

Following her major refit at Cookson’s, Rio 100 (ex. Zana/Konica Minolta/Lahana) is back on the water this week and she is raring to go. Purchased in 2014, the yacht has been redesigned and reconfigured by her Kiwi designer Brett Bakewell-White for use on the West Coast of the USA. “As part of her refit, Doyle Sails supplied her with a new set of Stratis carbon ICE sails, including a mainsail, two jibs, two reaching sails and two spinnakers,” says Mike Sanderson, Head of Sales at Doyle Sails NZ. “This was an exciting project for the Doyle team, particularly since Doyle NZ built so many sails for this boat during her previous life.”

Choosing a sailmaker was a key consideration for the refit. “Between the top sailmakers, there is really very little between the products, so we also looked closely at the customer service side in making our choice,” said Keith Kilpatrick, captain and project manager for the Rio refit. “I was very impressed with the Doyle operation. Just seeing it in action, and the hands on approach, reassured me that we would get the attention we needed for a programme like this; we felt that with other big sailmakers we would be just another customer. We are looking forward to seeing the sails in action in sail trials.”

Sail trials are scheduled for this week, with the upcoming Coastal Classic the yacht’s first official outing. The yacht will then be gearing up for the 2015 Transpac race, where the Barn Door Trophy is firmly in her sights.