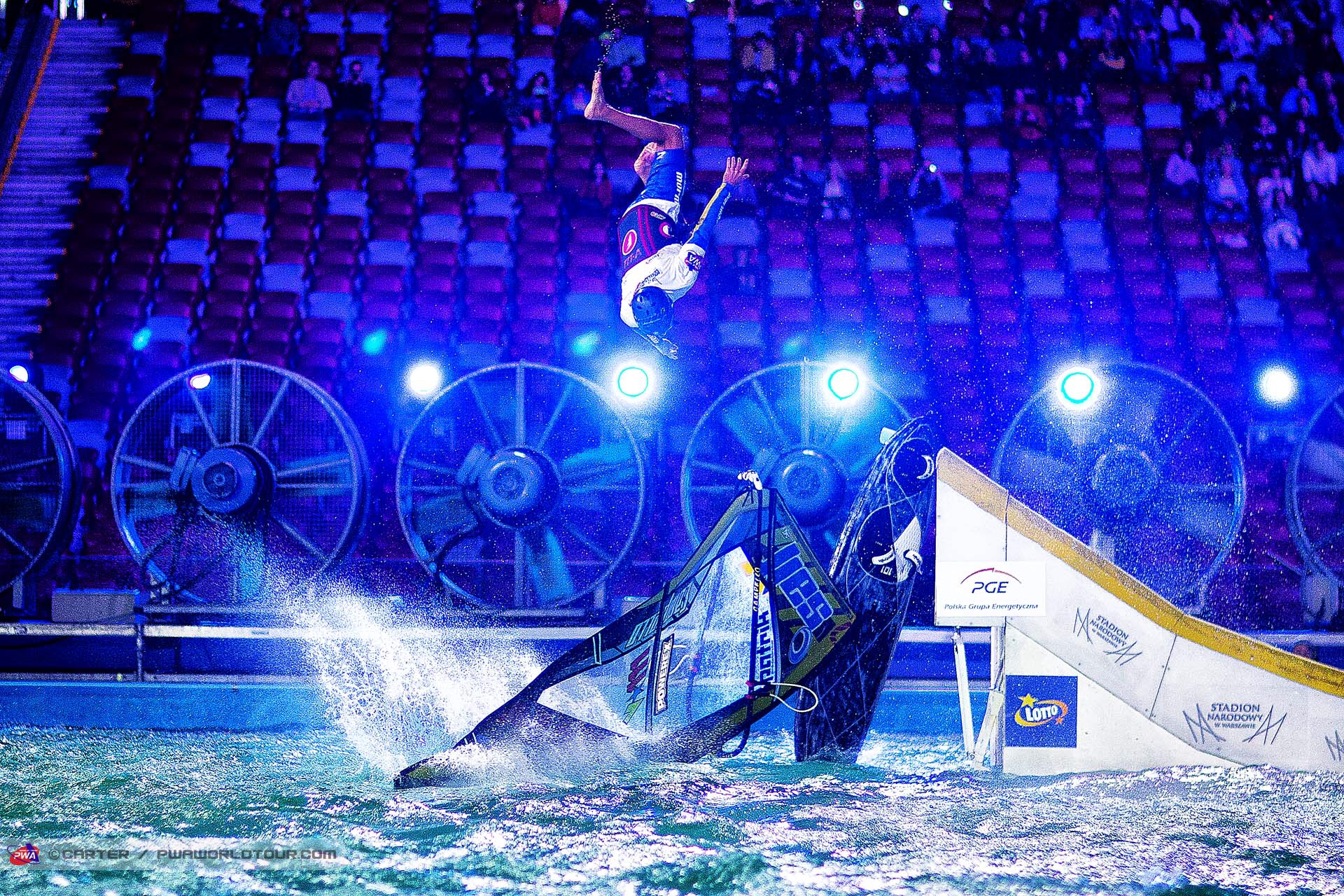 The idea came after a freak rain storm flooding the field at the National Stadium in Warsaw, Poland just before a major game in the Football World Cup Eliminations. They could not close the roof in time causing the match being called off. A couple of guys cheered the crowed up by jumping onto the field, running and sliding in the water.  The Joke was the largest swimming pool in Europe!

With the wind limited to just 2m above the water and 30k at the windward side of the pool and 5k at the leeward side, sailors struggled to complete jumps off the ramp- stalling at mid height and barley able to complete the most basic of freestyle moves at the far end of the pool.  Slalom, freestyle and jump competitions were tried with the wind, ironically being the biggest limitation.