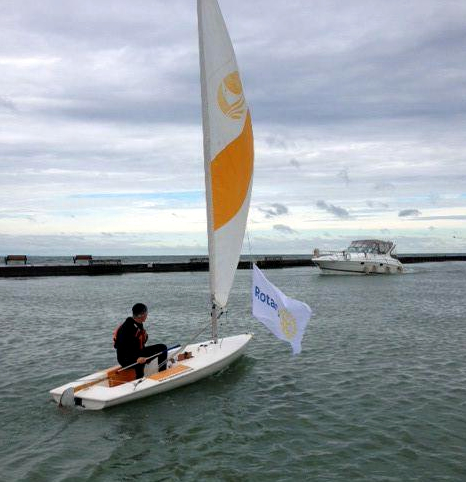 This weekend an amazing feat was accomplished by a brave 17 year old sailor. In effort to raise money for the Women’s Place of South Niagara, young Bryce Barlow sailed a Bombardier 3.8 sailboat single handed across lake Ontario. He left Port Dalhousie at 11 am on September 6, and arrived at Ashbridges Bay Yacht Club (near Toronto) in the early evening. Conditions were not easy, as a major storm had passed the night before, leaving a tough sea state for such a small boat.

The Bombardier 3.8 is like a Laser, but much smaller, only 12.5 ft long. No doubt Bryce is now stiff, sore and tired.

His story is told in more detail here.  I ask all anarchists to dig deep into their wallets and support this amazing effort from a modest and inspirational young fellow. – Anarchist Randy.