he said captain, i said wot 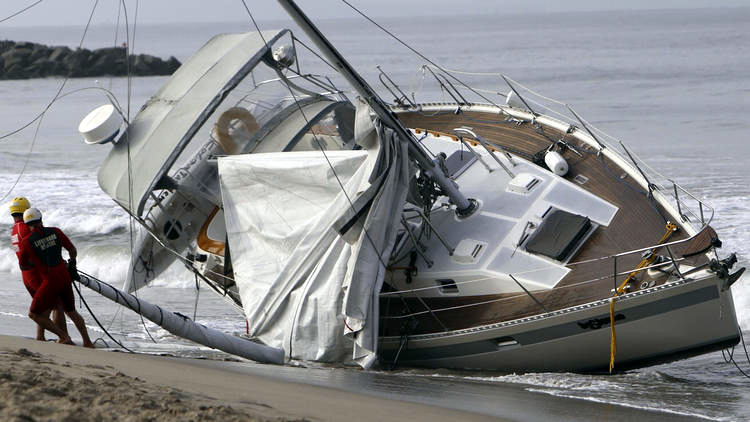 The captain of a 40-foot sailboat was arrested for allegedly being drunk when the craft ran aground overnight on Venice Beach. Four passengers had to be pulled from the privately owned boat, which was starting to capsize, shortly before midnight, authorities said. No one was hurt in the incident.

During the rescue, sheriff’s deputies smelled alcohol on the captain’s breath and, after performing a series of sobriety tests, determined he was intoxicated, sheriff’s Deputy Brett McCann said.

Thanks to the LA Times. Title inspiration thanks to Captain Sensible!