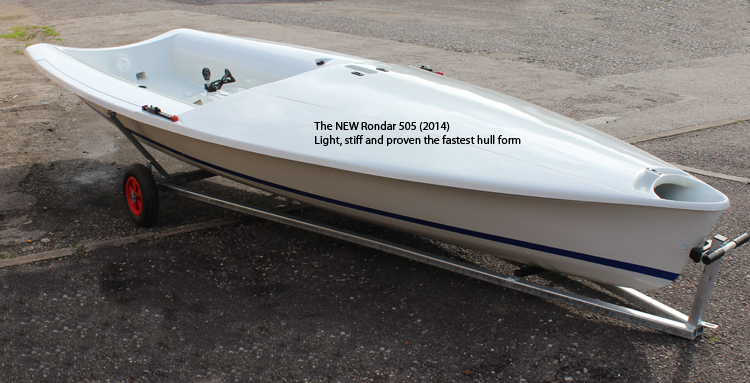 Rondar boats dominated the recent 505 Worlds at Kiel, Germany, with first to fourth overall and 11 boats in the top twelve. The event was one of the most open events for several years with 6 boats able to win going into the last race. In the final event, the title came down to the American team of Mike Holt/Rob Woelfl , against the Australian pairing of Peter Nicholas/Luke Paine who contested the final race to the bitter end, with just a metre or so separating the two boats at the finish.

Rondar were already the World’s most successful 505 builder with their 16th World title, but with increased competition within the class with two new respected builders this season, the sailors have been keen to see the relative performances played out in true competition. Despite both types having former World Champions sailing them, the Rondar shape proved its pedigree, where it matters, out on the race track.

Rondars also exhibited their new model, using the same proven hull shape but with a fresh take on the construction and details. The eye catching new design, received overwhelming support from the class members at the AGM, and looks set to shape the future for the class, with its one piece deck molding allowing a better boat to be built at a lower cost. Visit www.rondarboats.com for more details.