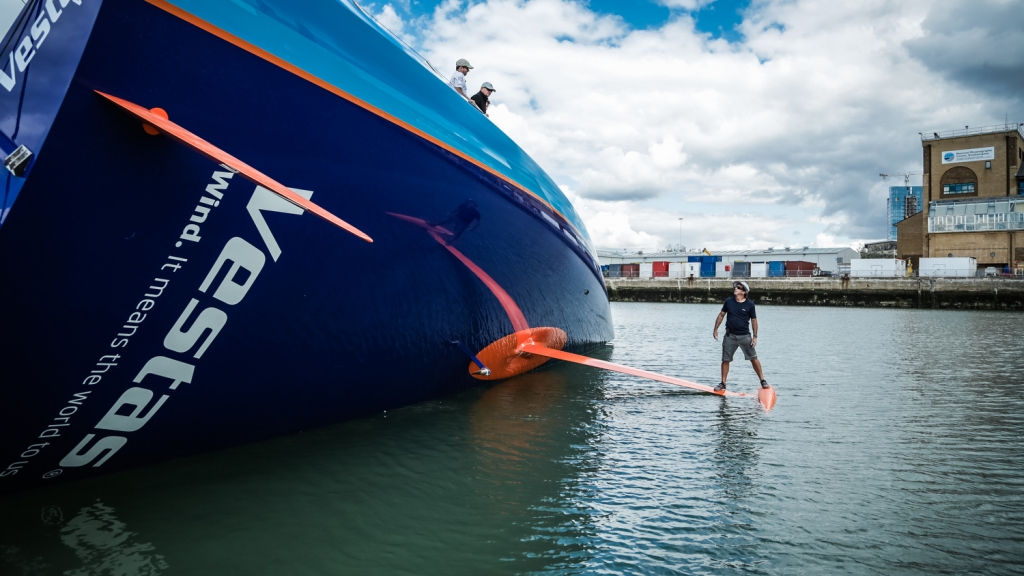 As we told you when we first broke the world-exclusive news about Chris Nicholson’s VOR Entry last month, we expect a shit-kicking team aboard Team Vestas Wind, and we’re getting one. As the team puts their sparkling new VOD65 (in its sponsored livery, above) through its sea trials on the UK’s South Coast and gets to know it inside and out, familiar names are bubbling up the list.

Nico first knocked off the shore boss spot, with Neil Cox able to fill that role better than perhaps anyone else alive. Nico then killed two birds with one stone: Danish title sponsor Vestas means a few Danish sailors need to be aboard for the first-ever Danish-flagged Volvo entry, and Dane match racers (and recently, Extreme 40 sailors) Peter Vibroe and Nicolai Sehested got the nod.  They’re also both under 30, which covers that problem too.

A good look at the videos and Facebook photos of several sailors reveal three more names, every one of them a rock star: Rob Salthouse, Wouter (The Router) Verbraak, and Tony Rae all showed up on the boat in the past days.  While none are confirmed as crew just yet, with barely a month to go before the start of the race, there won’t be much trying out.  As if those guys need to.