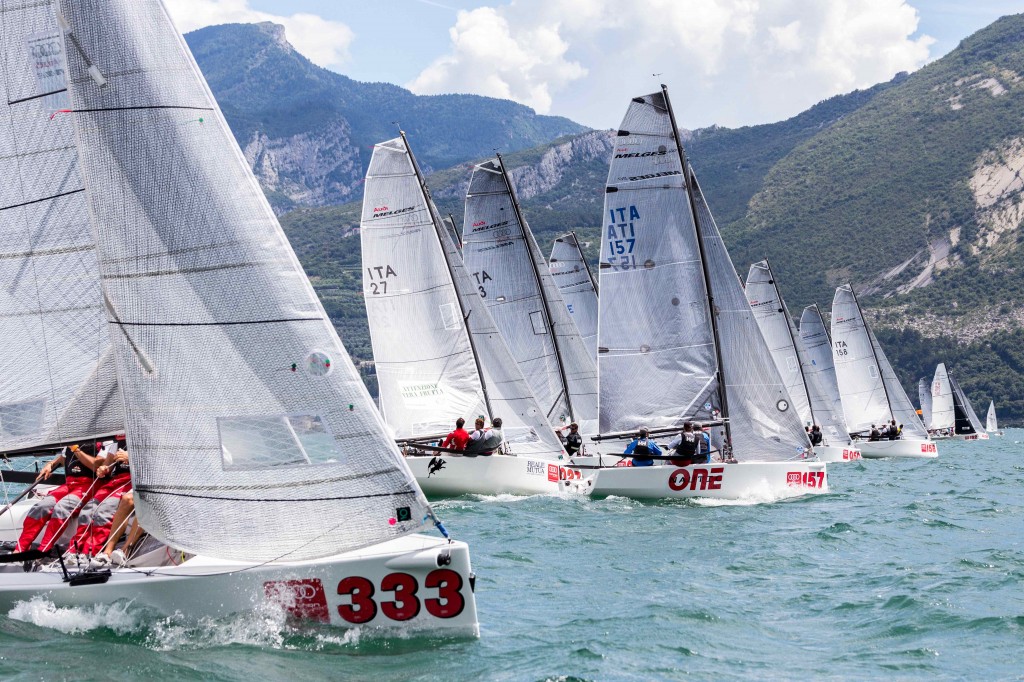 We welcome our friends from the Melges 20 Class back to Sailing Anarchy, stepping up to make sure the biggest community of sailing freaks anywhere has complete coverage of one of the summer’s most exciting regattas; it’s the Melges 20 World Championship in the most exciting sailing town anywhere: Riva Del Garda in mountainous Trentino.  This piece of sailing paradise at the north end of the famous lake is loaded with big breeze, awesome views, and some of the best food in the region, and if you’ve ever been here, you know why 57 boats from 10 countries are on the entry list: Because it’s Garda.  Those who haven’t need to revise their bucket list, because for small boat racing, there is nowhere else like it.

Just under 60 boats are making the trip, including some great unfolding stories: Father against a very young son in the Samba Pa Ti boats, John Taylor trying to defend his title in a massively tough fleet, the young Onorato looking to see his name up in lights, the burgeoning Russians on Synergy due for a big win, and a strong US fleet up against the best that Italy can offer – on their home turf.

We think Taylor will have his work cut out for him, though we think a US Team is likely to take this one…but considering the ridiculous level of Olympic/Cup/World Champ talent spread throughout the owner/driver fleet, there are probably ten boats that could take the trophy.  Thumb through the crew list to see what we’re talking about.  we’re not going to list them here, but a quick look through the crew list will tell you what you need to know.

Racing begins Wednesday, and we’ll preview the fleet that morning.  The best place for our exclusive reports is right here on the Front Page, while the daily action will unfold on the M20 Facebook Page here.  Zerogradinord photo.

close to the edge