Ryan Breymaier feels good, after he felt bad. You should too…. 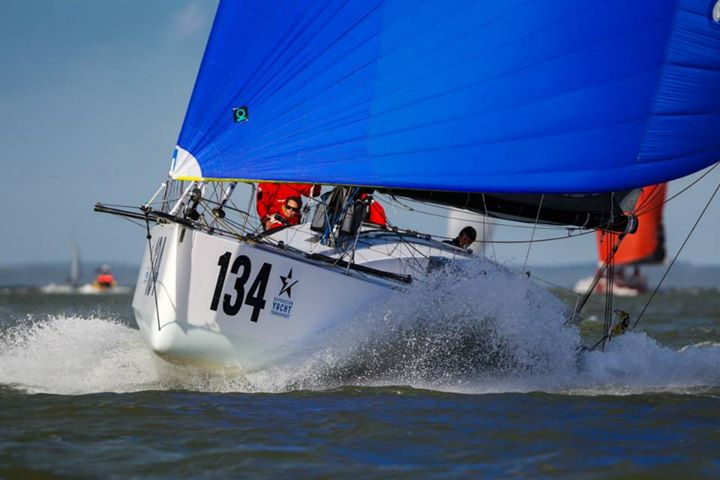 On August 11th I set off onboard Class 40 Stella Nova for the start of what has turned out to be an incredible record-breaking Round Britain and Ireland Race.

The Stella Nova is boat #4 of the Mach 40 series, designed by Sam Manuard and built by Nicolas Groleau in La Trinité sur Mer. I was lucky enough to be asked to join German owner Burkhard Keese and his teammates Alex and Max when one of his crew had to drop out at the last minute.

We knew it was going to be a fast race and we were pumped to take the start in big downwind breeze knowing we’d got a great boat and some strong competition in the class. Blasting down the Solent surrounded by VOR65, IMOCA 60 and the MOD70 was an awesome sight, we didn’t see under 25 knots of breeze and never had less than 17 knots of boat speed.

For all of the first day we were having a great battle with Concise and we were really impressed with their relentless pressure and high speeds. We’d just caught back up with them a second time when we noticed they’d changed course and then found out they were retiring. Not long after that we saw that Cat Phone had also stopped with mast track issues. We were sad to see our main competition out of the race and as we headed offshore we saw no other boats apart from Varuna, a spec on the horizon.

We had two watch teams; Skipper Burkhard on watch with team member Alex  Krause and I teamed up with Burkhard’s son Max. Despite only being 15 years old Max was no sailing slouch! He’d already some got some decent offshore miles under his belt already and he regularly sails F18s in his native Bavaria. Driving conditions were tough so he couldn’t drive all the time but we had a great moment at about 3am with him at the helm in 35 knots of breeze as he hit 21 knots of boat speed by the light of the super moon!

As day 2 arrived the North Sea waves were as huge as ever and the breeze just kept coming. Moral onboard was great; we were all working hard, a bit tired but enjoying the ride and really enjoying the boat.

At some point we crossed paths with a big ferry and launched off its huge wake at 17 knots. It caused us to slam really hard. It was incredible, one of the worst I’ve ever seen but the mast was still up, and the boat kept sailing fast so we carried on. And it was from there on we started to hear noises from the hull.

At first it didn’t concern us too much. Boats creak and groan and we were putting her under a lot of strain but nothing we knew she shouldn’t be able to handle. We carried on churning up the miles, but as the day went on the noise got worse and turned into a distinct crunching sound. By mid afternoon it was clear it was coming from the hull in front of the mast and by then we could hear it from way back in the cockpit.

The tool kit onboard was minimal and to be able to inspect the area the noise was coming from meant cutting through a laminated glass/foam box which covers the class-mandatory flotation foam, which was not possible. Even then, if we had been able to get through and inspect hull, we had no tools to fix whatever the problem might be.

At best, it was going to be a part of the solid flotation foam that had come ‘unstuck’ from the hull surface and at worst, we were going to find delamination to the hull itself, which was potentially disastrous; and an argument for not cutting into the flotation foam box in the first place….

We had a team talk and quickly came to the conclusion that it would be reckless to continue north and offshore without being 100% sure of the safety of the boat and so we called up the RC and officially retired.

We gently turned the boat around and headed dead downwind to be as gently to the boat as possible. It turned out we were aiming directly at Den Helden, in Holland. We arrived the following night and the next morning we were joined by the boat builder Nicolas Groleau who had driven through the night to meet us. We hauled the boat and initial tapping showed that the hull was in fact sound.

With this good news the team put her back in the water and started a slow delivery back to La Trinité where they will cut open the suspect area to figure out what has caused the noise, be it the box itself or the foam inside.

So how do I feel?

As someone who has always prided myself in being able to fix anything I definitely didn’t feel good quitting the race without being able to try ‘something’. It was an even harder pill to swallow knowing we were so far ahead of the rest of the fleet and with the race record within our reach.

However, I would have felt even worse if I had urged an unsafe boat to continue a race and endangered the crew. We made the safe decision which is always the right decision and I’m happy to since learn the boat has proved to be strong enough to take a true beating and survive!

Its been great watching the records fall this year and it had only fired me up to want to come back next time and give it another crack. Congratulations to all the teams out there and a special High Five to the ‘Swish’ crew for storming home with the Class 40 world record! Photo thanks to Paul Wyeth.