today was a good day 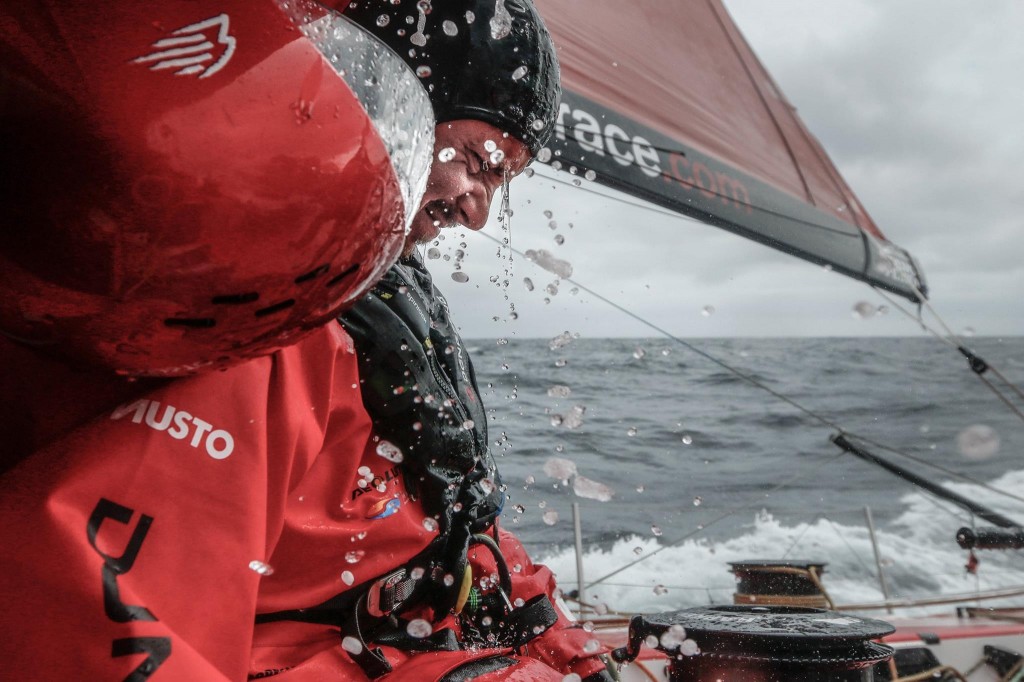 Unlike the vast majority of the world’s sailing editors, we stay away from re-printing press releases and mass e-mails.  After all, we’re not lazy piles of crap.  But on a rare occasion, one of ’em is so good that we have no choice.  Such is the report we got from Team Dongfeng yesterday from the Round Britain & Ireland Race; rather than the wooden and self-serving PR we got used to over the course of the last race, this thing is honest, painful, and brings the fans to the boat, rather than the boat to the fans.  Check it, and watch ’em on Facebook.  Ironic title from one of the last real storytellers of rap.

Today we broke a sail.

Today we were in 3rd place and dropped to 4th.

Today we have decided that life onboard is not always easy.

In fact, today, it is really quite complicated.

Followed by an email from Team Director, Bruno Dubois:

“Just got a call from the boat. We’ve broken a sail, it’s split and completely unusable. Probably doesn’t make any difference in terms of sailing tactics, but not ideal. The media system doesn’t work anymore – they’re fighting to get it back to send pictures and videos. The boat is full of water in the back… One of our Chinese guys is not really in good shape. Team, I’m sure you realise this but it’s quite rough for the people and the equipment out there.”

Twenty-four hours into the 1,800 mile Round Britain & Ireland Race and the pace has been fast and furious. Starting from The Solent in the south, Dongfeng was parallel with Aberdeen in the north of Scotland covering 500 miles by 0900 BST this morning. But with speed, and the weather systems that deliver the strength to propel the boats fast, so comes the potential for damage; and the North Sea delivered boat breaking conditions last night in strong winds and steep seas forcing three competitors to retire, including sailing legend Sir Robin Knox-Johnston who is living proof age has no limits! [other than the limit that he got his ass kicked and retired -ed]. In the early hours of this morning the team’s Fractional Code 0 ripped, rendering it unusable forcing the team to switch to the large jib – not the optimum sail for the conditions.

A brief phone call with Dubois, Skipper Charles Caudrelier elaborated further on the difficulties onboard. “We are on J1 and, for sure, losing some ground against the others. We are missing Pascal [Bidegorry, who got his finger sliced open and took stitches aboard] for the manoeuvres and with a reduced team we are a little bit slow in the transitions. We made a small mistake while sailing along the coast yesterday and we lost touch with the two leaders. Good news is team spirit is still in tact despite difficulties.”

Dongfeng Race Team is one of the five Volvo Ocean 65s currently flying around Britain and Ireland at a speed of 23 knots [45/KPH]. Ian Walker’s Abu Dhabi Ocean Racing is leading ahead of Team Campos who have pulled out a 20-mile lead over Dongfeng and Alvimedica. Tiredness will be kicking in now after such a rough, opening ride and the rookie Chinese sailors onboard will have to dig even deeper. But this is ocean racing and with three days left anything can still happen.

pick up your trash