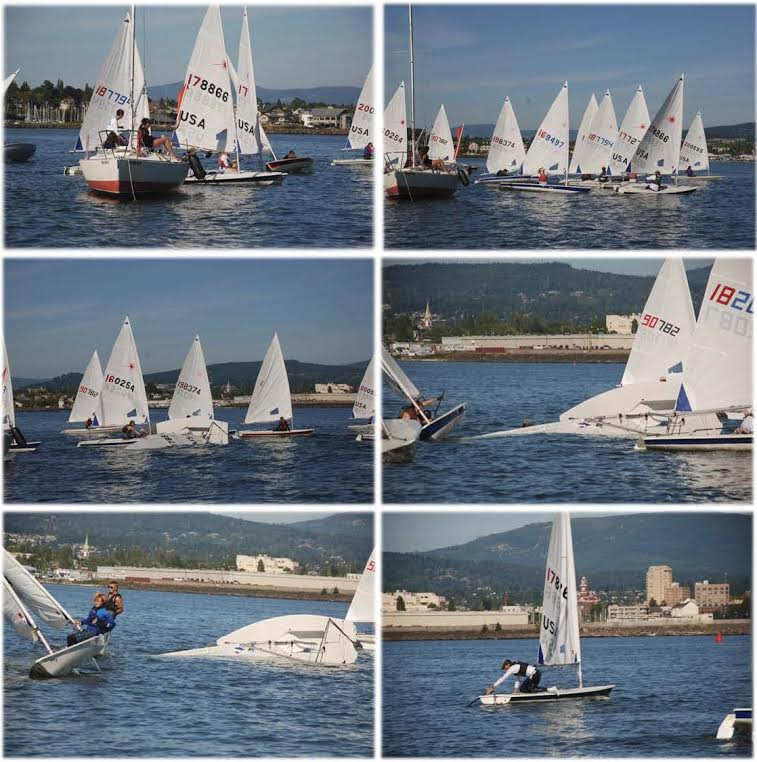 Youth racing is still alive at the Bellingham Yacht Club (byc.org) with the annual Bellingham Youth Regatta, a Northwest Youth Racing Circuit Series Event. It was a great turnout for this small town sandwiched between the metropolis of Seattle WA and Vancouver BC with nearly 60 youth sailors from ages 8 -18, sailing in Flying Juniors, Laser Full, Laser Radio and Optimist.

Photos sequence show Staci Burzycki #178866 attempting to thread his way back to the start line after being called over early. Eventually Burzycki could not control his pitch poling and capsized in front of Liam Sherry #160254 whose boat came to a complete stop at the starting line.

Laser Radial Class was won by up and coming star Eliza Dawson #169497 of Port Townsend, WA with 8 bullets in 10 races. Comrade and Sportsmanship reined as all these fine young sailors did their penalty turns and kept it a protest free regatta. – Anarchist Jonathon.