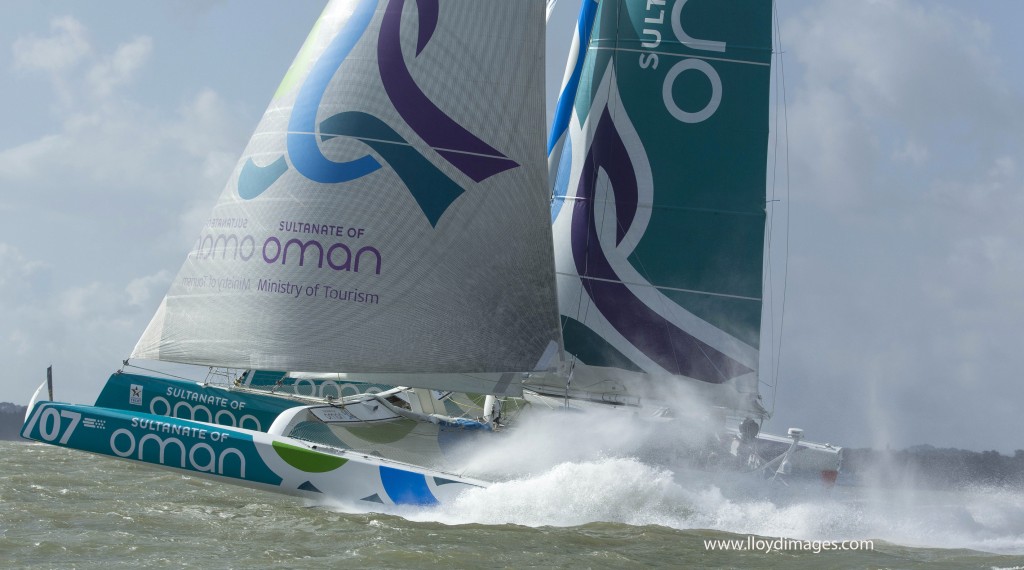 Update: There are few dropouts. Check it!

There’s only one multihull on the punishing 1800 NM course for the Sevenstar Round Britain and Ireland Race, and as you can see from this Lloydie pic, she is on a rampage!  Sydney Gavignet and a mixed pro-racer/Omani learner crew have averaged over 30 knots for the first few hours of the race in 30+ knots of SE’ly breeze that make up the remnant low of Hurricane Bertha. Sydney had already decided to postpone his MOD 70’s start to wait for the worst the breeze when organizers postponed the entire start by a day to keep the big boats from smashing into 50+ knots as they passed the tip of Scotland; as it is, the little boats mostly get screwed; good thing there are only a couple of those!  The change in official start time means that the RBI course record will most definitely fall; it’s one of very few outright benchmarks still owned by a monohull; in this case, Franck Cammas’ Groupama 70.  And if Gavignet can’t beat a Volvo 70’s time with a MOD 70 on any course in any ocean in any breeze, he needs a replacement!  (We kid…if Oman holds together, Syd should easily shave a day or more off Cammas’ 5d21h time). 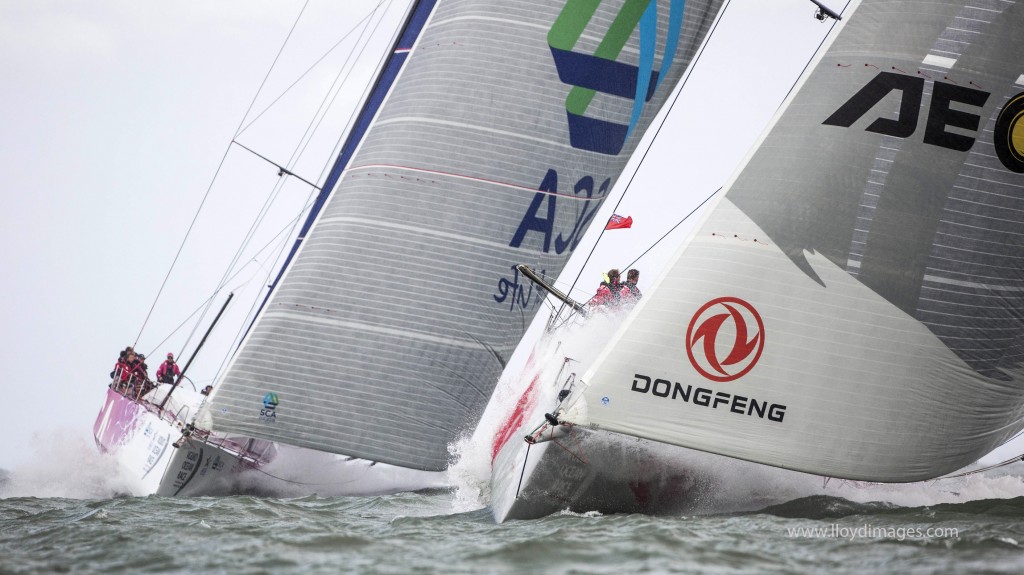 The girls on SCA showed they’re going for it all the time, taking a solid lead at the start, only to be rolled by Team Dongfeng and later, the rest of the fleet.  Now it’s a neck-and-neck battle between Abu Dhabi and Team Campos with Dongfeng just behind, while Alvimedica and SCA have fallen well behind.

Talk smack in the RBI thread here, and track ’em all over here. Hit up Lloydie’s Facebook Page to see what else he comes up with in an assortment of helicopters and RIBs as he chases them around the foggy isles for the next week.

who said it doesn’t blow in sd?