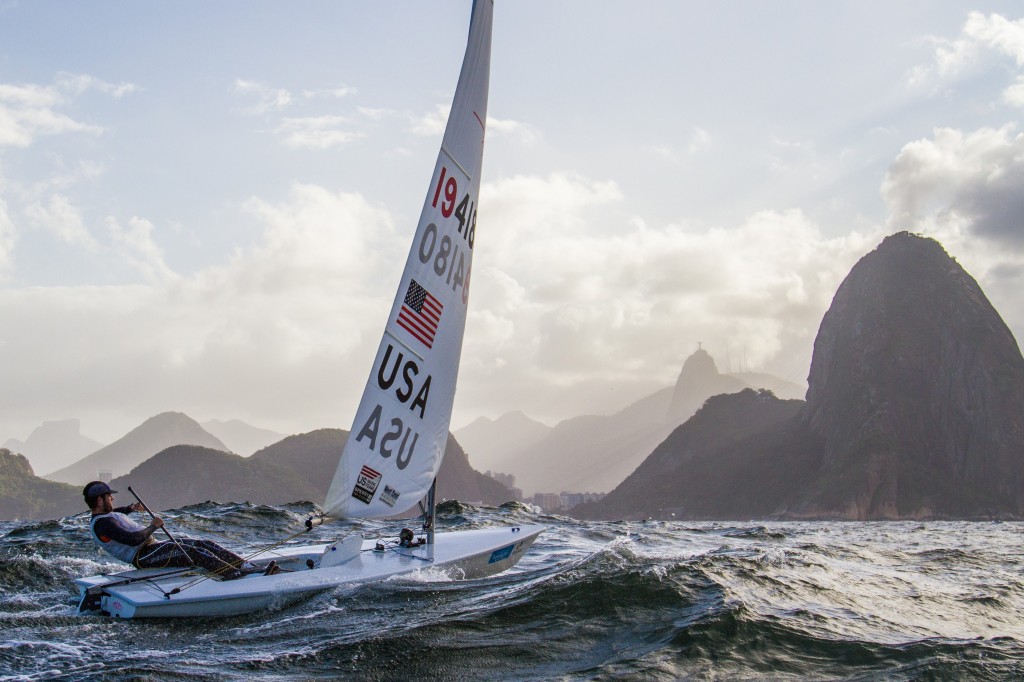 Like a beautiful woman, Rio’s got issues.  And like that same woman, when everything is just right, it’s damned near perfect.  Monday saw big waves and 15 knots of breeze for the Aquece Rio Olympic pre-pre rehearsal, and American women’s 470 team Annie and Brianna are crushing it, while the rest of the US Sailing Team is having quite a respectable regatta so far.  US sailors in general are having their best regatta in a long time.

There will come a day in the next two years when yet another sight of Sugarloaf Mountain will make us nauseous.  But for now, it’s gorgeous, as caught by US  Olympic Team photog Will Ricketson exclusively for the Anarchists.  The sailor he caught is 2016 Laser hopeful Chris Barnard (Newport Beach, Calif.), training partner to Charlie Buckingham, who lies in 5th after three races.