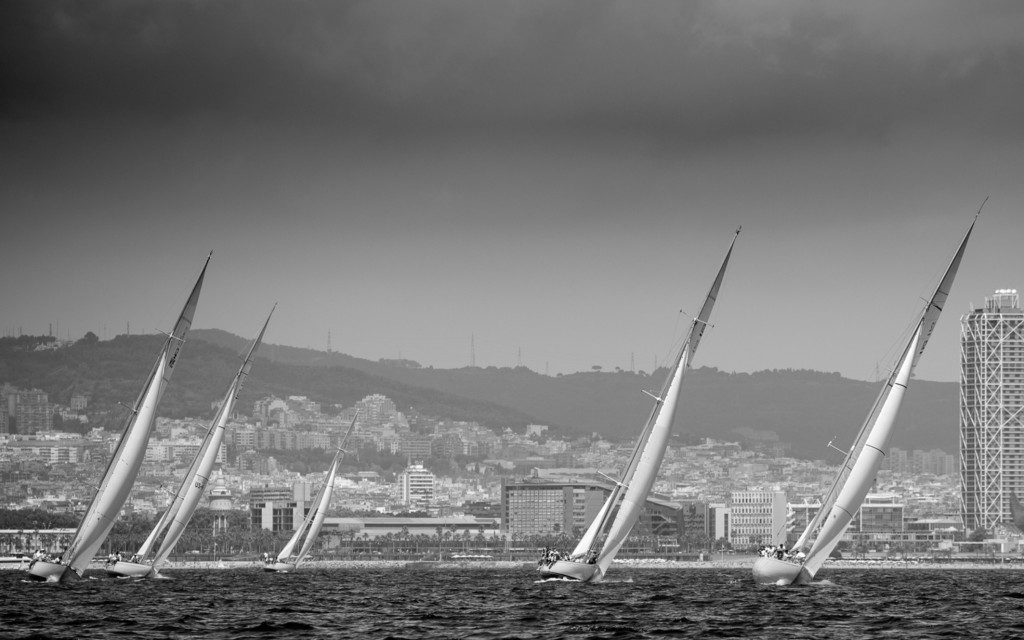 Thanks to an entire crew of AC superstars, Luna Rossa Challenge principal Patrizio Bertelli embarrassed the Puig 12-Metre Worlds fleet last week in Barcelona in his beautiful Nyala, taking bullets in 5 of 7 races he sailed.  That’s not really news (though this gorgeous photo from Martinez Studio might be), but certainly newsworthy were LRC Director Max Sirena’s comments about Team Australia’s challenguss interruptus, as translated by SA’er ‘Xlot’ in the “Another Incredibly Bad AUS Challenge’ thread:

Max Sirena got to Barcelona for the 12M Worlds (won by PB’s Nyala, btw) straight from LA where last Sunday a meeting was held with representatives of challengers and defender for the next Cup. – Were you informed in LA about the Australians’ decision to withdraw from the competition? Sirena: Absolutely not. This came out of the blue for all of us”. – When will the next CoR be selected?: “Formally, it should be the first one who challenged. For the time being it’s just us and Artemis”. – Does this mean LR is aiming for that role? “I’m not a candidate, we are sitting on the sidelines. I have already spoken with Russell Coutts and Ben Ainslie and I proposed we should have a videoconference already next Wednesday.”

Expectations – “I’m not a pessimist. Already in LA last week I had noted in the defender a certain willingness to negotiate and I believe that this new situation might be exploited to bring about changes, even significant ones concerning the future”. Do you mean that even the Venue choice for the event could be rediscussed? The two left (Bermuda and SD) do not convince Sirena: “I’m not ruling that out”. For the second time running Coutts got the CoR selection wrong. The Australians, like Mascalzone Latino in the previous event, dropped out before even starting. “This cannot be denied. But like I said I’m an optimist, from this mistake may come positive consequences for all”

up, down, and up again