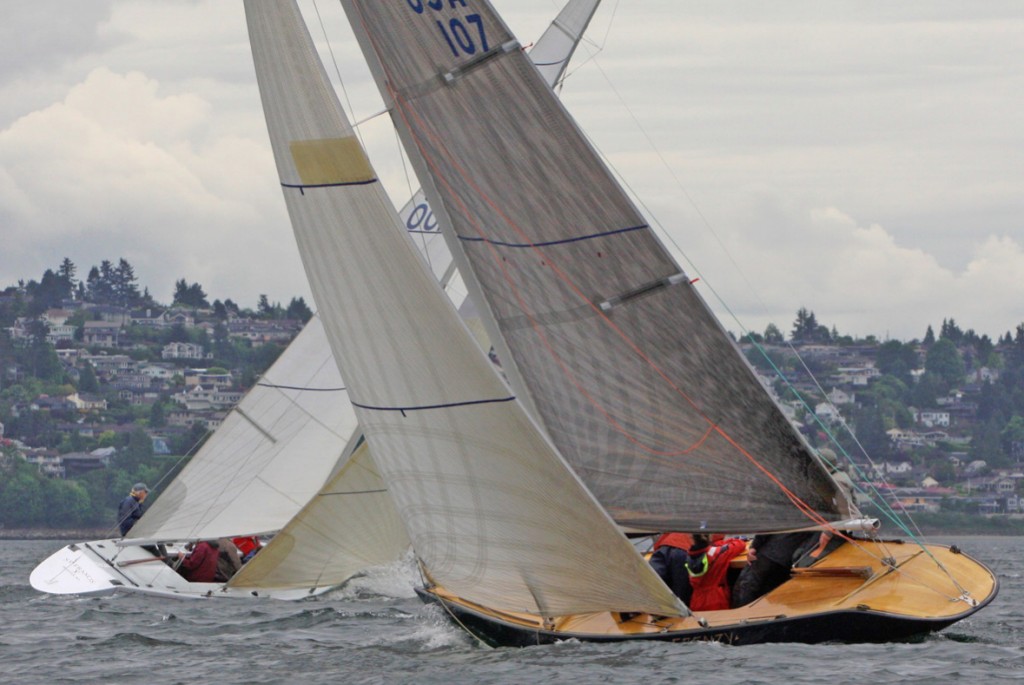 I think you might be interested in some of the photos on the Six Meter class web site . Since you just published photos of the 1/4 toners, Sixes might also get you worked up!

There are 35 boats on the West coast (mostly Seattle and Vancouver) with 4 modern boats freshly arriving this winter. The class is solid and the rule still produces reasonably fast 5 man race boats with no hiking required (actually, not much sitting either). The World Cup is held by the Canadian owned St. Francis IX skippered by Ross Mac Donald after winning it in Germany last year. The World Cup will be in Vancouver in 2017.

Used boats are mostly very affordable, a thirty year old design with the proper stuff attached can win at the top levels.

Almost all of the photos are shot by ex-Oregonian newspaper photographer and Six owner Dana Olsen. There is a photo section on the site, but many of the latest are under the individual race reports in the “new” section. I think you will agree there is some quality work here.