Longtime SA’ers will know of our love affair with Sailrocket’s Paul Larsen, and our favorite ultra-high speed sailor, offshore racer, C-Class star, and Antarctic explorer is firing up the Sailrocket team for a new and extremely ambitious new project – a truly ocean-capable, highly stable, offshore foiler.  And whether he succeeds or fails might just depend on you. Here’s an note from Paul just for you SAers: 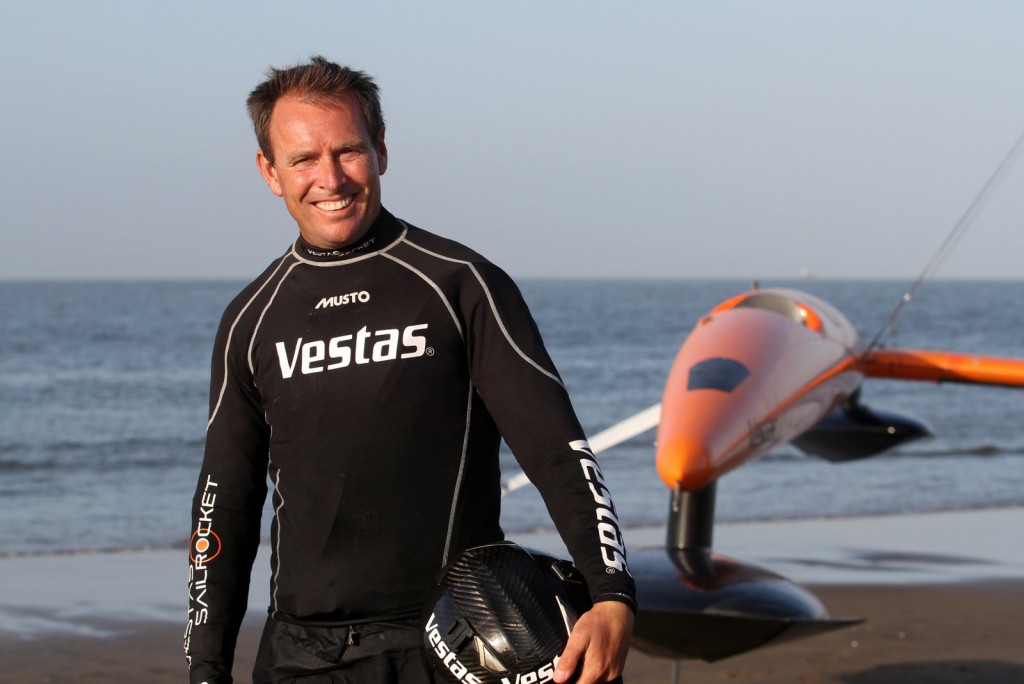 I left some space in my life after the record (and Shackleton gig) on purpose to see what would fill it. I didn’t want to go out and say “we will do this and that” just to satisfy the “what next” crowd. We had a lot of ideas and have run hot and cold on a few of them. Of course I was constantly reflecting on what had happened over the past 10-12 years with the Sailrocket project and was trying to work out in my own head what it was all about. It did humour me that people would often ask why I’m doing it or question its purpose, but if you asked the same people what’s the purpose of professional ball sports (tennis for example), most people have never considered it and therefore don’t have an answer. The truth is that they have never really thought about it; “just runnin’ with the herd, man”.

We all do it to some extent, but what I like about our little speed sailing corner of the sport is that not only do you get to compete and demonstrate sporting attributes, you also get to develop the sport technically – fiddling with the genetics to improve the breed.  Whether we can do it in a useful and meaningful way remains to be seen, but it is a big part of our motivation.

So here we were, as new custodians of this technology and know-how that just took our chosen passion – speed sailing – to a whole new level.  Something which was previously just a theory has proven itself to not only be real, but vastly superior.  Many people focused on the impractical aspects of the boat rather than what it was designed to showcase.  For us it’s more a case of one thing at a time, and now we have shown the performance potential of the concepts, the next step should be to show how it can be applied in more useful ways.

I have spent a long time going over the new concept as I am pretty sceptical of new concepts myself, but the potential of this one keeps shining through that healthy scepticism. We’re not going to release the numbers just yet, but the stuff coming out of our new concept’s VPPs are pretty special, hard to fault and demand our ongoing interest.  Trying to apply our stability concepts to a practical offshore boat has lead to some interesting configurations, and once again, we have had to confront some big issues head on in order for it to be viable; exactly our process when overcoming cavitation en route to a new record.  VSR2 was a very efficient and effective ‘tool’ for developing and proving a point, and there was no ‘fat’ on the bone with that project. She did an astounding job, with almost decimal accuracy, with a small team on a tight budget. Once the job was done she was simply hosed off and put away in her 40′ container with barely a scratch. Whilst the end speed was great, our ability to accomplish a goal in this fashion is our real advantage.  There is the potential to do some pretty big stuff offshore at the moment for a fraction of the cost of an AC team; probably more around the price of a budget VOR campaign, and if you liked what we did before then you will probably love where we are going next.

The challenge now is to see if we have the credibility and ability to muster the required level of resources. If we can, well that little one-way freak that you think only lives in the rarefied flat waters off a sandy African town may be about to land square in the middle of your own ‘pond’ and start doing its freaky thing – in all directions, on any day.  If the numbers translate into reality as well as they did with VSR2 then, change will be upon us all.

The Sailrocket story isn’t over and the road ahead beckons.  If you have some specific questions for some unique content then fire away in the thread.