Race ReportSailor Chick Of The Week 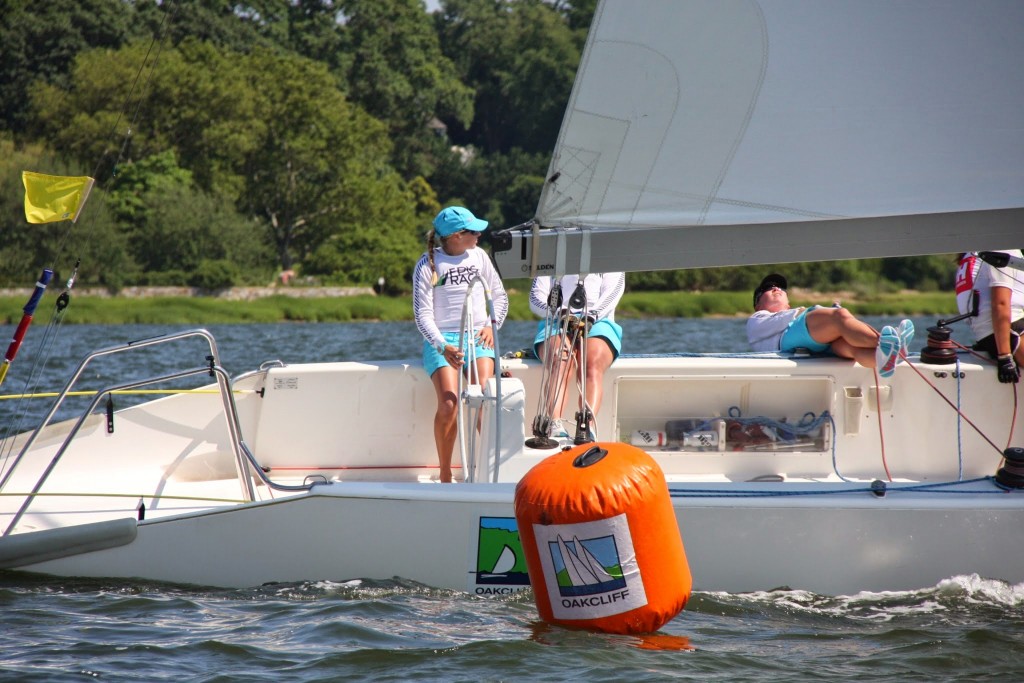 1. Spanish – A non-standardized Spanish labeling term in the Spanish ‘hierarchy’ of wines, indicating that a wine has been aged in oaken barrels for a shorter time than required for the Crianzaa designation; Spanish wines commonly considered to be younger, fruitier, and spicier than the norm with a bit of added interest from the wood.

2. US –  A non-standardized American woman, and one of the only true full-time professional female racers in the hemisphere, if not the world (excluding olympic hopefuls and a boat prep/administrator ‘pros’); Indicating a beautiful bouquet of brains, power, and talent that is considered younger, fruitier, and spicier than the norm.

3. US –  STEPHANIE ROBLE – Skipper of 2014 US Women’s Match Racing Champion Epic Racing, crowned Sunday in Long Island Sound on her fifth attempt at the USWMR title.

Wanna help more women get into the sport while winning?  Then hire America’s top female sailor and show your family, crew, and friends that you think girls can be pro sailors too. Trust us, there are so many reasons you want Steph sailing with your team; and top teams have noticed –  after more than a year at the top of the US Women’s Match rankings (and 3rd worldwide) and lots of success in classes like the Melges 20 and J/70, Roble’s calendar is getting seriously full a year or so into her decision to become a full-time race pro.  Get in touch with her via Epic Racing or chat with Stephanie at the 80-boat J/70 NAs starting on Thursday, and here’s her report from the event (with photo from Larry Kennedy and a massive gallery here).

Epic Racing was crowned the U.S. Women’s Match Racing National Champion this weekend at Oakcliff Sailing Center. It was a challenging weekend bringing a broad range of conditions in heavy, 40 foot boats called SM 40s. Our team of 6 girls did an amazing job working hard to make the boat go fast at all times, which is not an easy task. We are proud to be at the top of the 8 teams who competed, as each team gave us a run for our money!

The first day was relatively light, shifty and very hot in the harbor right next to Oyster Bay. The focus was just to keep speed on and never let the boat stall on the foils or sails. This is much easier said than done while match racing and trying to take out your opponent! We finished the first day 5-0 and learned a lot about tactics and strategy (especially in the pre-start) that are specific to these big boats.

We started day two excited about our momentum from the previous day, but knew we had our two hardest races of the first round robin left. Chantal Hearst, who has a lot of experience in these boats, beat us after we were over at the start and had some traffic issues on the course with some boats in other races. We then raced the next top ranked skipper, Nicole Breault, who had a great team onboard. We earned a penalty in the pre-start and managed to lead around the course. We set up perfectly to execute a penalty play at the windward mark but misjudged our layline back to the finish and killed the penalty too early, giving her an opportunity to pass us on the last run. We ended Round Robin one 5-2.

As the day went on, the breeze built to a beautiful sea breeze and because of this, we felt much more comfortable in the boats. We were also hungry for more wins after our 2 silly losses in round robin 1. We ultimately finished round robin two 6-1. This meant that we won the double round robin and received honors of first pick for the semis.We chose the 4th place team, Sandy Hayes, and won the series 2-0.

We started the finals on Sunday in 12-15 knots with jibs (instead of genoas) against Nicole Breault. We knew our boathandling and pre-starts would be our strengths but she was much faster. In race 1 we were in control most of the pre-start until the most important final 30 seconds when we stalled out after being head to wind. We trailed her off the line and around the course until the final run. From two boat lengths back, we matched her gybe to starboard, hit her breeze, gybed back to port, hit her breeze again, and gybed back to starboard right behind her. At this point we were holding her out from finishing but were restricted by rule 17, which means you have to sail your proper course (to the finish). We perfectly executed a double gybe later on so that we could continue to hold her out from the finish. It was a very exciting comeback and amped us up for race 2.

Race 2, she had us tangled up in the dial up but after we broke free, we rallied for a “wide right” start in the breeze. This is very powerful as we were able to hold on her hip most of the beat until layline. We led downwind, but she passed us by getting to the right of us on the second upwind beat. On the last run, we were all set up to match her gybe to starboard and roll her to the finish. The girls perfectly executed the gybe and we had a very close, photo finish to take the series.

It was an incredible weekend of sailing. Women’s match racing in booming in the States right now and that was proved by the level of sailing at this event. Our boathandling was INCREDIBLE and the attitude was right on par. The girls worked so hard and gave it their all whether we were ahead or behind. A huge shout out to Janel Zarkowsky (main/tactics), Maggie Shea (trim), Holly Poole (pit/trim assist), Liz Shaw (mast/bow) and Martha Pitt (bow). They crushed it!

A huge thank you to our only fan for the weekend, Mary Lou Scott for coming down to cheer us on. Thank you to Oakcliff, US Sailing and Darcy Cook for running an excellent event. Thank you to all of our fans and supporters who help us make these events happen. And last, thank you to Helly Hansen for our team swag and making us look good! 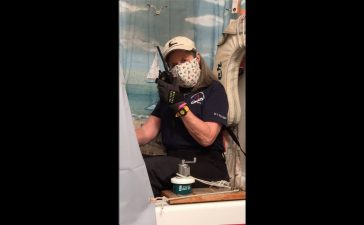 scotw and a little nuts