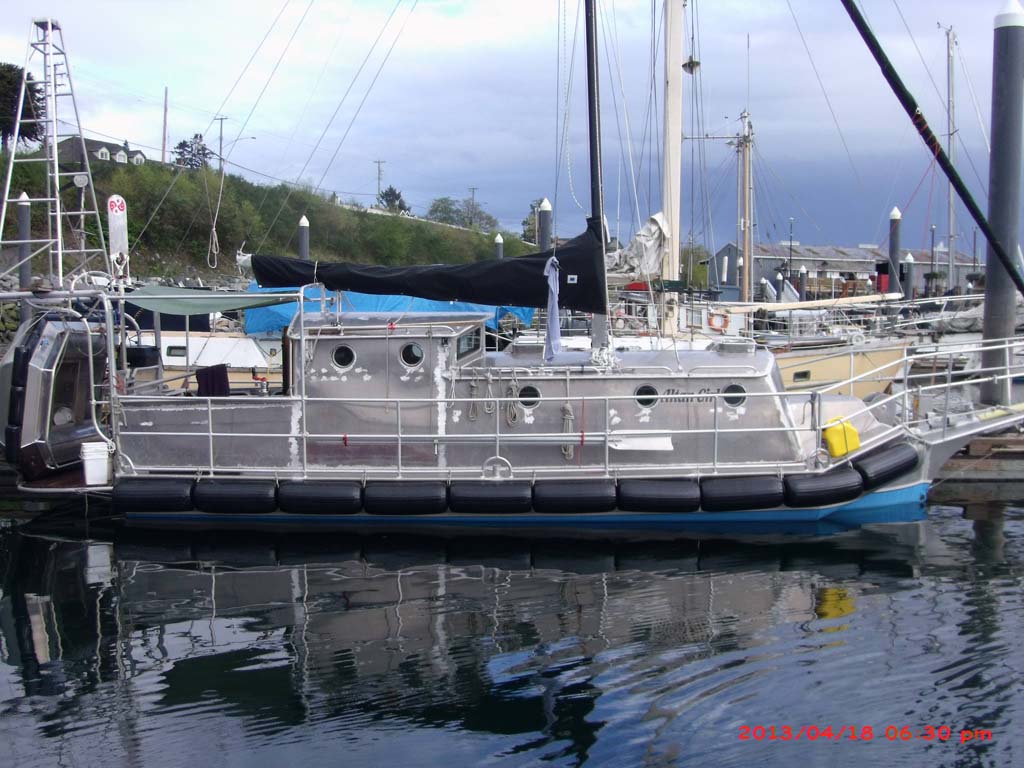 Arctic sea ice may be thinning at an alarming rate (and the resultant water level rise is having plenty of effect).  For some, that means mo’ money, while for others, more adventure.  And both of those will be subsidized to the tune of millions upon millions thanks to icebreakers and SAR rescues for the shipping and recreational concerns that choose to check out the Northwest Passage.  Here’s a sample of one rescue over the weekend, with a short video on how to tow your ugly-ass arctic shitbox with an icebreaker.

The crew of the Coast Guard Cutter Healy, a polar icebreaker, rescued a man aboard a sailboat trapped in Arctic ice approximately 40 miles northeast of Barrow, Saturday.  The crew of the Healy broke a 12 mile path through the Arctic ice with the sailboat, Altan Girl, in tow and led it to open water. The Healy crew conducted a safety inspection of the mariner’s vessel to ensure the vessel was seaworthy and that all the required safety equipment was on board. The mariner intends to sail to Barrow to resupply and await safer weather conditions before continuing his journey.  The crew of the Healy will return to their National Science Foundation-funded research mission.

It isn’t like this is a usual SAR effort from existing Coast Guard assets, or an unusual emergency or weather-related issue – this ship was diverted from other duties to rescue a clown who went sailing directly into the Arctic ice.  Shouldn’t anyone undertaking a trip through the Arctic fucking Ocean be prepared to be iced in for long periods of time rather than getting a free tow through the ice at massive public expense?  You tell us.

The annual American Powerboat Idiot Crash Day festivities are long over, with predictably nasty consequences in many harbors – especially the three boat/four death/12 injury crash in Miami – but not all was tragic: in Annapolis, three were rescued after two boats crashed and partially sank near the Naval Academy.  In Newport Beach, CA on the 5th of July, a lifeguard rescued a struggling swimmer only to drown.  Here’s an SA Notice to US Mariners:  Stay far, far away from any harbor or river between 7/3 and 7/5.  Talk about your July 4 experiences here.

If you need a little laughter after all this tragedy, go over here to the funniest beach video we’ve seen in a while.