June is always something of a ‘call of the wild’ for powerboaters, when a long winter, out-of-practice boaters, a rush to get boats in the water, and overworked, underskilled boatyard staff all combine to create a perfect storm of stupidity.  Here are a few of the results of that storm, from the past month:

Insane conspiracy theorist and drunken wannabe yachtie Richard Rodriguez made off with Newport Beach’s 80-foot gin palace Stimulus over the weekend; a crime that may have succeeded had Rodriguez known how to drive a boat, known how to NOT call the Coast Guard on the radio, or known how to NOT get shitfaced on galley rum during a crime.   This one is a crackup. 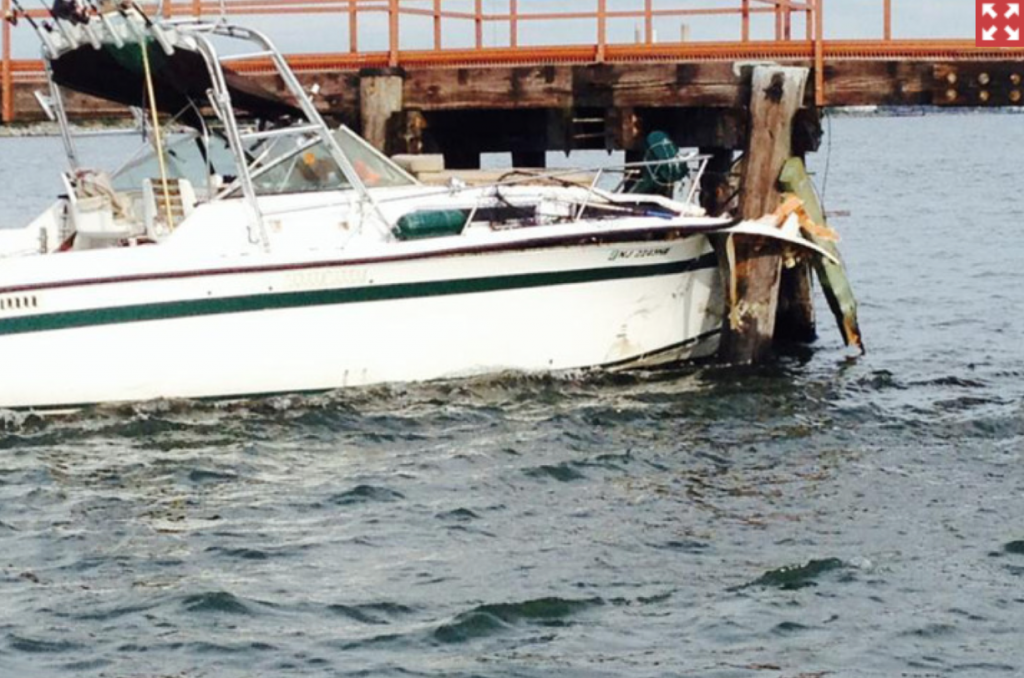 60 year old party girl Mary Ann Belson was apparently looking for double points last week when she accompanied local fishermen Craig Gallo and James Benenato onto Gallo’s 26-foot fishing boat after some drinking at a local bar.  After leaving the dock, the threesome quickly got down and dirty while the boat was left to its own devices, running smack into a LaGuardia Airport runway approach light and impaling itself on a piling.  Unsurprisingly, the same incompetent Port Authority that missed a jet-skiier crashing his ride and climbing across the runways and into the JFK terminal in 2012 and a tranvestite hooker climbing a fence and strolling into Newark Airport last year missed this one, too – despite having a small armada of police boats tied up seconds from the menage à morons, the Port Authority couldn’t actually operate them at night…Chat about it all here. 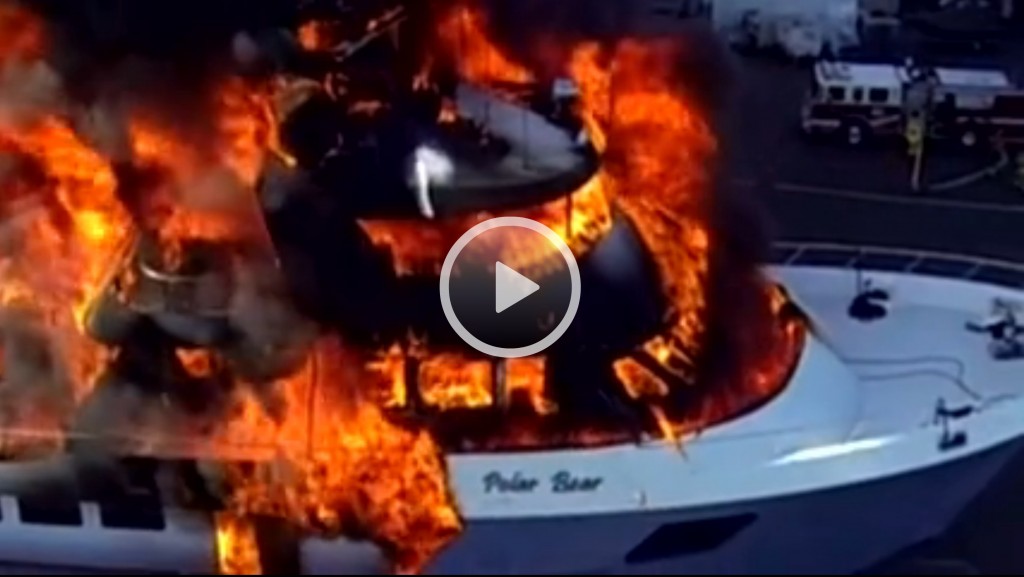 Less funny but quite a bit more spectacular than the previous two is this drone footage from Chula Vista (San Diego), where the 110-foot, $17M Polar Bear did its best impression of a convicted Salem Witch earlier this month.  Yachts catching fire ain’t unusual, but seeing it up close sure is, and thanks to the San Diego 6 news crew, we got that.  The cause of the fire is under investigation.  Click the pic to get to the outside video link.

The Swedish Navy’s will never live down the hubris-borne loss of the Vasa in the 17th century, but at least someone finally came up with a stupider, more top-heavy boat; check out the launch of the 90 foot long, $10M Baden in Anacortes, WA last month.  We’ve been too wrapped up in hours of reading the hilarious thread to post earlier, but on a powerboat day, we couldn’t resist.  Seriously, sit back and read that thread for a laugh or ten.