The Bermuda Sun didn’t take kindly to our analysis of potential AC35 venues last week, devoting half a page of text to Sailing Anarchy’s ‘naiveté’ in criticizing the tiny island as an America’s Cup venue.  The Sun’s confidence comes in part thanks to a single source they cite; a retired sailing coach named Paul Doughty, the Bermuda media’s go-to guy for quotes.  “Sailing Anarchy…have no idea what this tiny island gave the sailing world,” said Doughty. 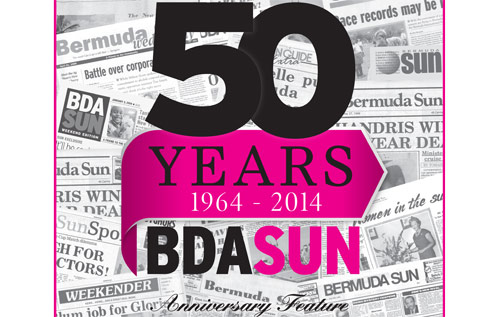 We do, in fact, know what Bermuda gave the sailing world, Mr. Doughty.  But your island’s 17th century contribution to upwind sailing has precisely fuck-all to do with the logic of holding an AC in Bermuda, especially one held by a US-based team.  Doughty says “I think it would be a tremendous shot in the arm for Bermuda…In terms of world exposure, it’s massive. Every single yacht club in Europe would see us and the incredible place that we sail in.”

You know what, coach?  It would be incredible for the economy of, say, Haiti, if FIA decided to hold a Formula One race there.  The whole world would see how pretty it is – imagine the world exposure!  But it’s still a stupid fucking idea.

So listen up, all you dicks in those stupid shorts and socks: Sailing Anarchy likes Bermuda just fine.  It’s a pretty island with good sailing conditions (once you get there, at least!) and a great lagoon.  But it’s also got a British culinary culture, some of the most over-priced goods anywhere, and is right in Hurricane Alley.  And with just 60,000 inhabitants, a Bermuda AC would be a luxurious but very, very quiet affair – perfect for Louis Vuitton to get back on the scene, anyway.

More importantly, if Bermuda is picked as a Cup venue, it will be an outright admission by the folks running the AC of something that we already know, and an indicator of something far worse: Larry Ellison and Russell Coutts’ stated mission before AC34 – transforming the Cup into a worldwide brand with sustainable commercial appeal to a worldwide audience – has failed.  Choosing a major US city might mean Coutts is giving it another try, but a Bermuda Cup would mean that they’ve all given up, and that the AC is, indeed, solely for the super rich.  And of course, for 60,000 Bermudans.  For everyone else, there’s Youtube.

What were we saying about Chicago again?

in love with the coco