We don’t run a lot of press releases and this is a bit off the radar, but it’s good for the sport and good for the chicks. 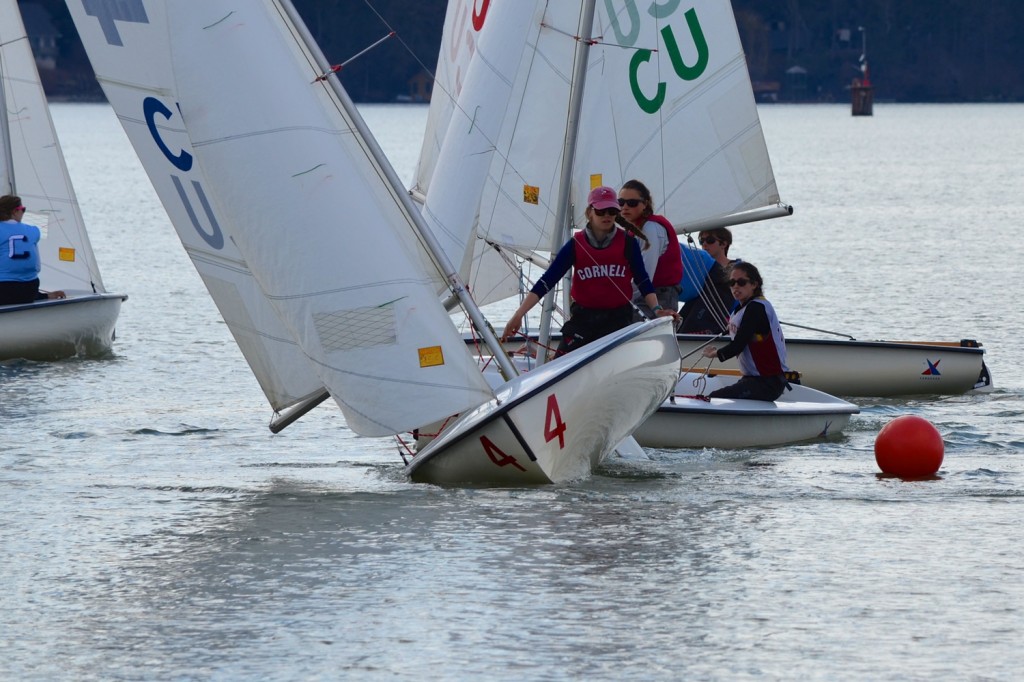 The sport of women’s sailing at Cornell University has been elevated from club status to a varsity team, Andy Noel, the Meakem*Smith Director of Athletics and Physical Education, announced today.

“This is an exciting announcement for many in the Cornell community, and I’d like to thank the loyal and generous alumni who have fully funded this move to varsity status, Noel said. “It is a requirement that any additional sports be fully funded before we are able to consider adding to our varsity roster. We are excited that our women sailors will have the opportunity to experience a varsity program.”

With the elevation of women’s sailing to the varsity level, Cornell will now sponsor 37 intercollegiate programs (18 for men, 19 for women). The number of varsity sports offerings is fourth among all schools around the country, trailing only Harvard (41), Brown (38) and Princeton (38). Both Ohio State and Stanford sponsor 36 varsity sports. Women’s sailing is the first addition to the varsity sports offering at Cornell since equestrian was elevated to varsity status prior to the 1995-96 school year.

the trend is not their friend