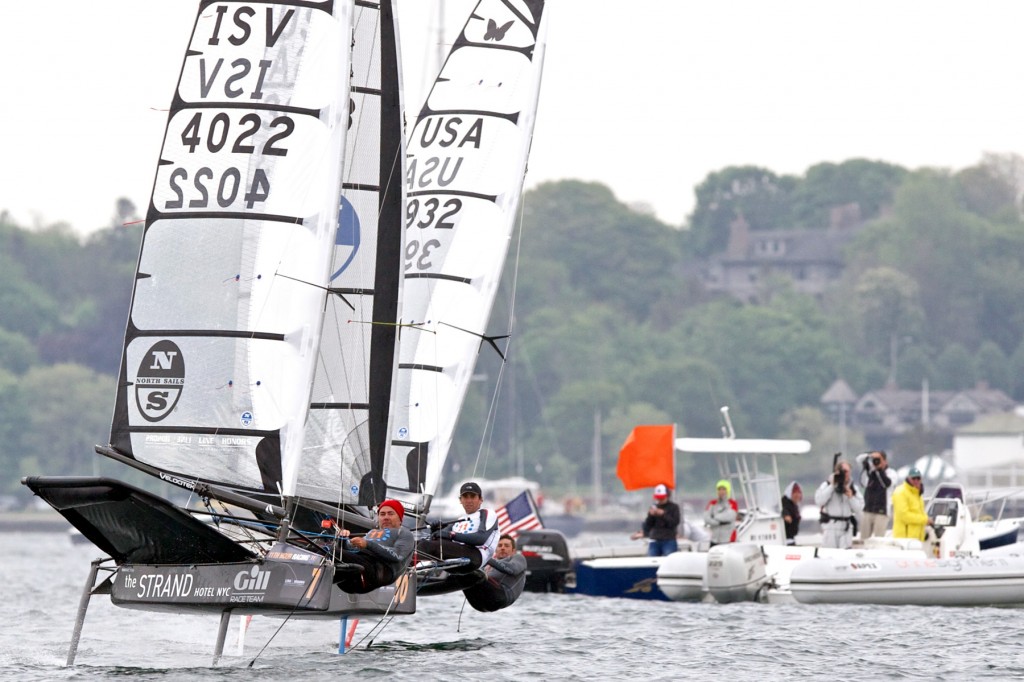 There were more spectators and race officials than sailors at times during the inaugural 11th Hour Cup moth regatta in Newport last weekend; along with the Open 60 “Prelude” and the finale of the Atlantic Cup, it was quite the early season trifecta on Narragansett Bay.  It was also a seriously green weekend; no disposable bottles (refillables and water stations), no sail stops, and a moth sailing visit to the URI ‘Inner Space’ undersea exploration lab to learn about some of the cutting edge robotic work they’re doing just minutes from the Newport Bridge; all thanks to the folks from 11th Hour Racing, who set up a viewing area with environmental info booths, live commentary and refreshments out on the end of Fort Adams.

Not a lot of air until the final day, when event organizer Anthony Kotoun wrapped up a dominating victory in 12-15 knots of chilly westerly breeze.  “It’s always great to win an event, but I’m way more gratified to see the newcomers improve so much,” said Kotoun, who spent much of the regatta sharing setup and go-fast tips with 26 year old grad student Brooks Reed, sailing the Moth purchased by the M.I.T. sailing team.  “It’s hard to describe how helpful these guys have been,” said Reed. “It’s no wonder Moth sailors love the class so much.”

cat’s out of the bag

the british are coming

riding the storm out