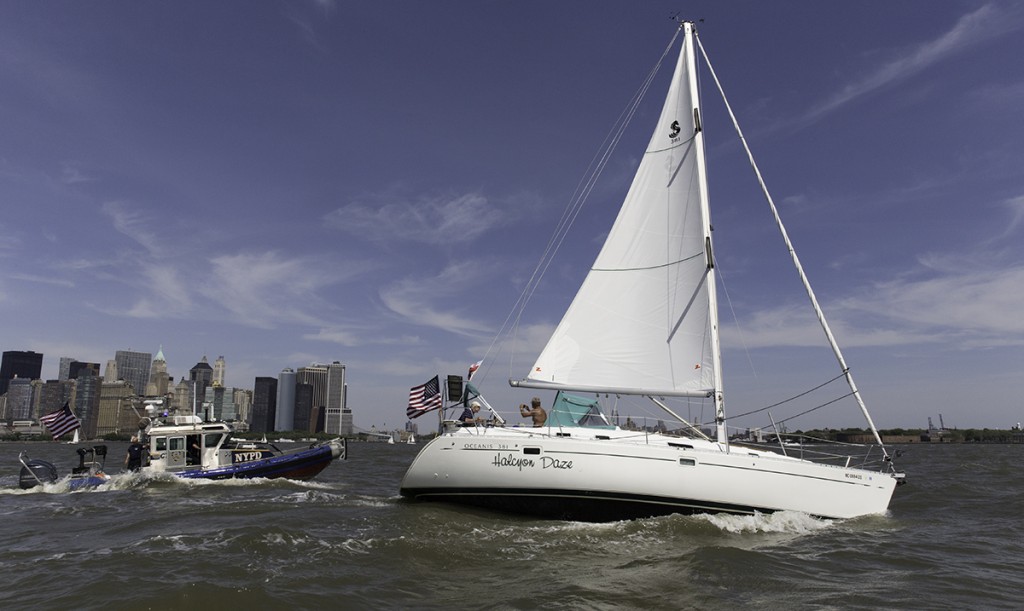 The skipper of Annapolis, MD registered Beneteau Halcyon Daze earns himself SA’s rarely-awarded and highly feared Douchebag of the Month award after crashing into the six million dollars worth of MOD-70 Paprec-Virbac in New York’s Morris Canal earlier this week – and trying to flee the scene of the crime!  Fortunately, our longtime pal Bjorn Kils from NY Media Boat deputy-dogged the dickbag and brought a little justice to bear.  Here’s more from Bjorn:

Yesterday we saw the 38 foot sailing vessel ‘Halcyon Daze’ strike the docked MOD70 trimaran ‘Virbac-Paprec’ in Morris Canal, causing damage to the carbon fiber hull. The captain tried to make a run for it without reporting the incident so we motored up to him to see what he had to say. 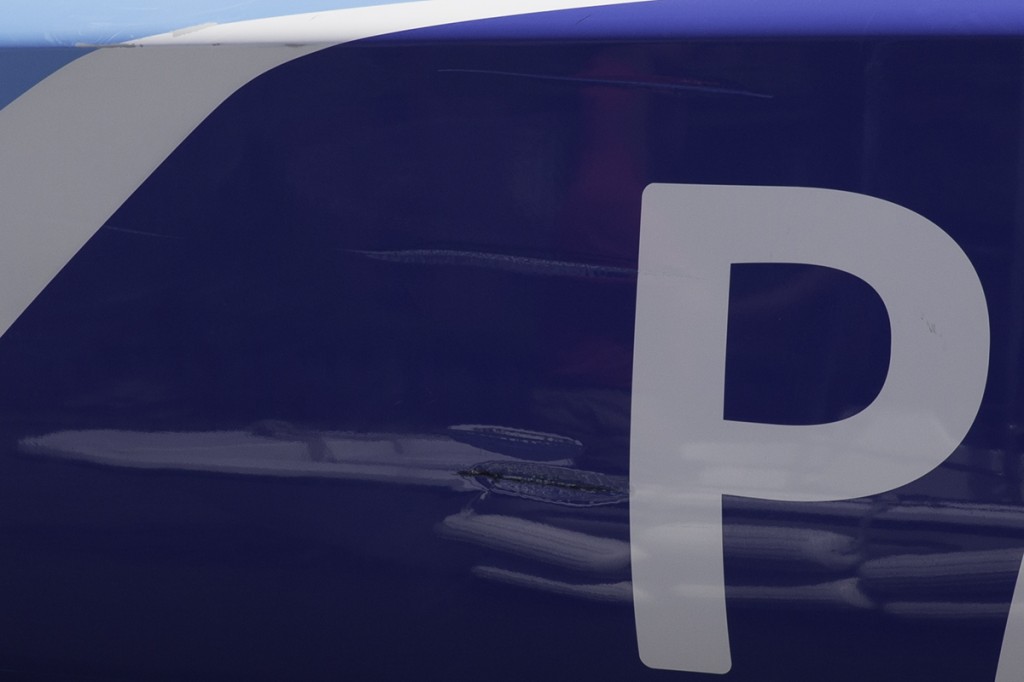 While his crew was attempting to remove the MOD70 paint evidence from their starboard hull and railing, the captain unfurled the main sail ignoring all verbal requests to return and report the damage.

An NYPD boat quickly joined us on the 4-knot ”chase” down the Hudson, ordering Daze to stop. The captain tried his best to ignore the NYPD’s sirens, lights, and hailer, but after a few minutes, he was forced to return to port and face the damage.

Got a story about someone who deserves some serious naming and shaming?  Hit us up.

however you say it, it's huge