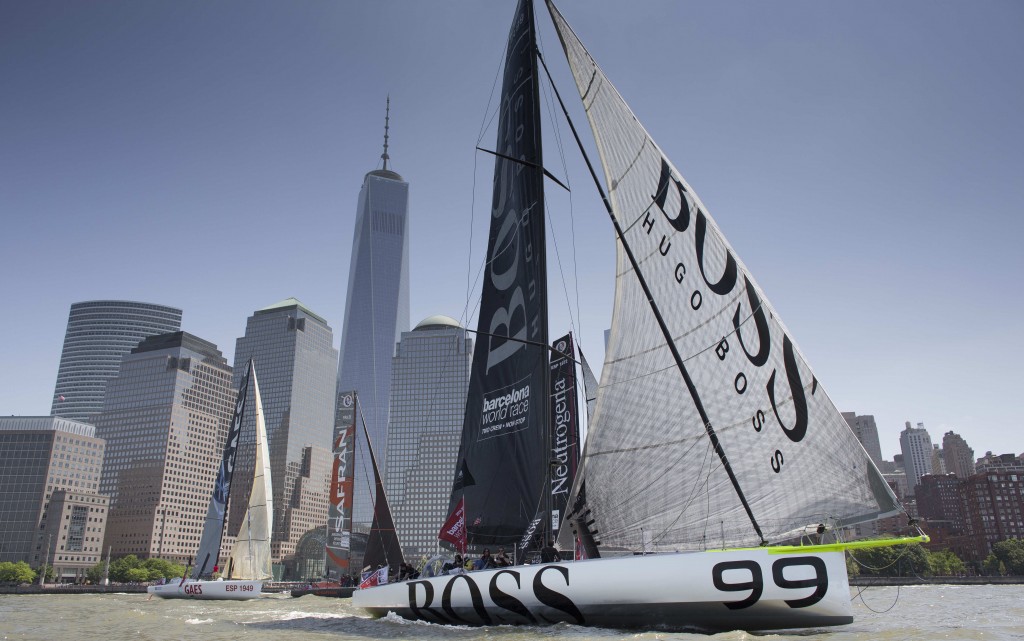 The IMOCA fleet aren’t the only game in town right now though, with Armel Le Cléach and his maxi tri Banque Populaire VII arriving a week ago and immediately going on standby to tackle Francis Joyon and IDEC’s 2013 Solo Transatlantic west-to-east record of 5d 2h 56m. Since finishing second in the Vendée Globe last year and entering the realm of chasing solo sailing records, Le Cléach has been dominant to the tune of shattering both the Trans-Mediterranean, Transatlantic east-to-west (Route of Discovery) and the 24-hour record. If Armel and BP VII are successful in this Transatlantic west-to-east, then they would have broken three of Francis Joyon’s four major records in just one season. 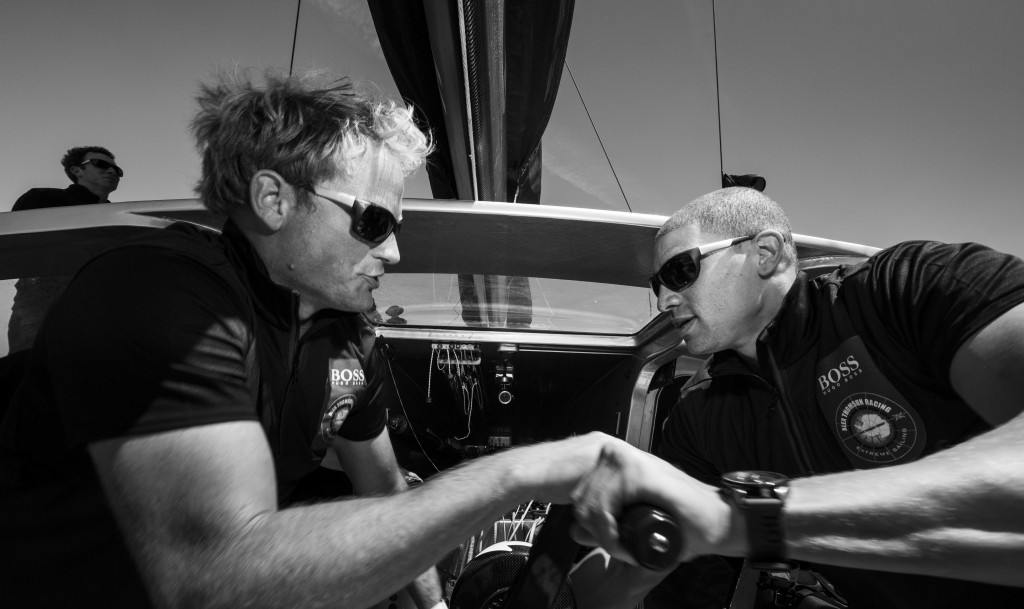 Breaking the record won’t be easy, nor will it be straight forward, requiring a very specific weather window. Having said that, ‘Cléach’ and BP VII have shown a serious speed advantage over IDEC on almost all points of sail, having knocked nearly two days off Joyon’s Route of Discovery record earlier this year. Working alongside the legendary weather router Marcel van Triest, Le Cléach must wait for the proper weather window to present itself; a challenge made more difficult by a brutally cold winter leaving broken ice off the coast of Newfoundland. Not yet able to follow a direct route to England, the team is watching and waiting for a combination of melting and moving ice and a depression to form off of Newfoundland that will allow them to ride the leading edge of it on starboard tack in solid breeze and flat water.

Currently en route to Newport to attempt the same record, albeit crewed, is the fastest offshore racing yacht ever built; Spindrift 2 (ex-Banque Populaire V). Departing La Trinité-sur-Mer on Monday, the 40-meter monster is due into Newport on Tuesday to go on standby to attempt one of the most notorious modern records in existence; Banque Pop’s 2009 North Atlantic record of 3d 15h 25m in which they sailed an incredible 908 nautical miles in 24 hours. Having put the boat on a serious diet, Spindrift 2 has chopped some 6 meters off the rig, built a new sail inventory, done the requisite multihull work in swapping in new foils, a new centerboard and constant optimization during their post Discovery Route re-fit. Co-skipper Yann Guichard claims a 3-5 knot increase in boat speed above 30 knots due to the new c-foils’ lift and Spindrift’s lighter weight, though the 23-ton 40-meter tri is not truly “foiling”.

These two simultaneous record attempts are just the latest in what is a stunning lead up to this November’s Route du Rhum that includes Sodebo Ultim’s recent launch and Seb Josse’s recently relaunched near-foiling MOD 70 Edmond de Rothschild, which is currently making it’s debut against fellow MOD 70 soloist Sydney Gavignet and Oman Sail- Musandam in the Armen Race. We’ll let you know when Banque Populaire VII and Spindrift 2 get ready to leave, but for now, check out the New York- Barcelona! Go Ryan and Hugo Boss!