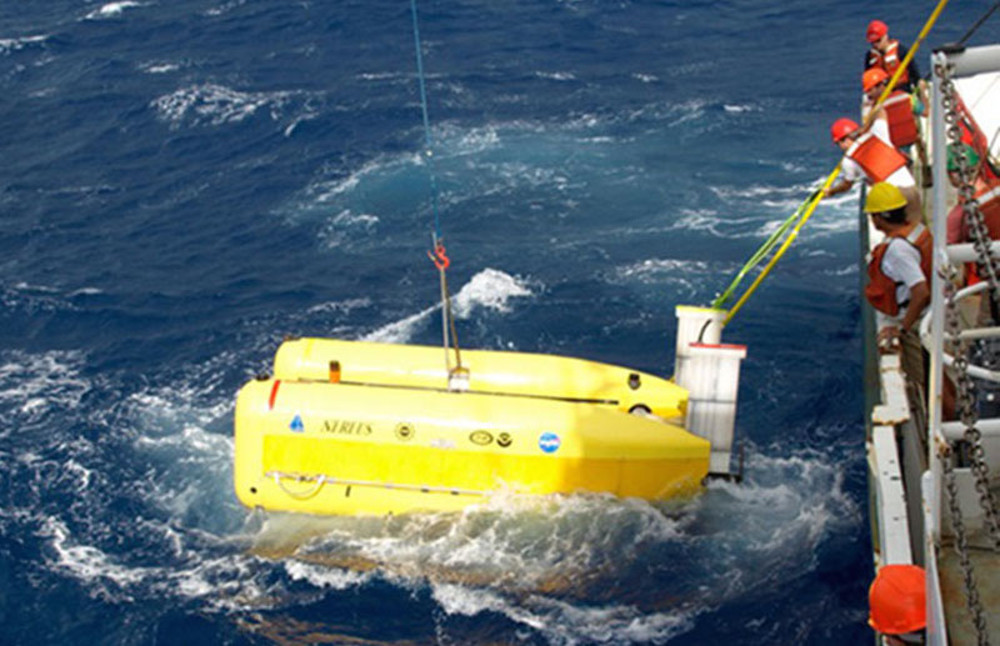 We’ve told you before about Titanic director James Cameron’s love affair with both deep water and McConaghy boats, and you may remember that Cameron set a solo diving world record for sending it 6.8 miles to the bottom of the Mariana Trench in his sub Deepsea Challenger back in 2012.  That whole story was made for the big screen with a National Geographic IMAX 3D release coming in a few months (check out the trailer here), and once done with his toy, Cameron donated it to the Woods Hole Oceanographic Institute. WHOI pulled bits and pieces off of it for their underwater robot Nereus, which died on Tuesday in a gloomy death in 10,000 meters of Kermedec Trench off New Zealand.

We absolutely love deep sea exploration (and here’s a cool ‘obituary catalog’ for various dead UAVs, and we love an excuse to pimp our pals at McConaghy, but the real reason we posted this story was because of Cameron’s comments on the loss and a response that followed.  “I feel like I’ve lost a friend,” Cameron posted Tuesday on WHOI’s  Facebook page.  “This is a tragic loss for deep science…they’ve not only lost a child, they’ve lost a great opportunity to explore one of the ocean’s deep trenches…”

And our favorite response is, thus far, from folks posting at The Real Cape.  Holy shit James, take it down a notch will ya? I think all of those deep sea dives gave you permanent vertigo or something. I get that it’s tragic to lose such an expensive machine that so many people put a ton of time into, but it’s a fucking MACHINE! This guy just took irrational correlation to an entirely new level. You feel like you’ve lost a friend? Really? I’m going to guess you’ve never lost a friend then, because there’s zero chance that losing a robot is anything like losing a friend. I don’t care how many nights you spooned with The Terminator.

Then he takes it one step further, he doesn’t say it’s “like” they lost a child, he says they did lose a child. Ummm… no they fucking didn’t James. None of those scientists carried Nereus in their uterus for 9 months. The robot was not spawned from any of their sperm. They don’t share DNA with the god damn thing James. They didn’t bring it bowling, they aren’t renting it shoes, their not buying it a fucking beer. I think you might need to take a break from technology for a while and get some intimate human contact before YOU turn into a robot.”

Good times.  Photo from WHOI.  Add your snark, your puns, and your double sentido here.

a good battle to win

in his own words