Kevin Hall gives you an America’s Cup perspective that you aren’t likely to find anywhere else. Brought to you by Mauri Pro Sailing. 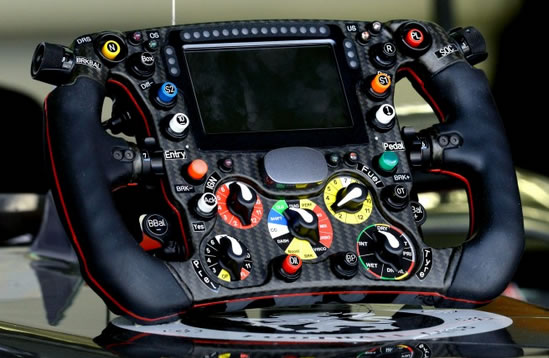 We’re right at the top of the wind limit out here for the deciding race of the Louis Vuitton. The team that wins this race will go on to face the Defender in America’s Cup 35—“
“That’s right Jim, it’s winner take all today. 30 knots plus of wind funneling under the Golden Gate, two knots of ebb tide and a nasty chop, both teams at their best…and they’re off!

“Just before mark one. It’s neck and neck for the zone overlap. It looks like the windward boat will just get over the top… let’s watch…CRACK! BANG! OH. Oh my. Oh, that looks really bad Jim. There’s been a collision. The windward boat just fell out of the sky. It looked like some of the crew might have been struck by the other boat swinging up to try to miss them. I hope they’re OK…”

While the above scenario is extremely unlikely, the consequences of an incident such as that could potentially be severe, measured in lost souls. The response to previous accidents in America’s Cup cats was immediate, well considered, and thorough. A huge amount of care and thought went into safety measures for the sailors : helmet rules, locators, chase boat and rescue protocols, and more. Those measures will likely be evolved even further for the future.

I am not aware of how many, if any, of the safety measures envisioned for America’s Cup 35 are “upstream” of a potential accident. By this I mean measures taken in the teams’ sheds to avoid catastrophe on the water, instead of response once it has happened. With great respect for all the care which has gone into the Protocol and class rules for America’s Cup 35, I will argue for the need for thorough and independent structural testing of daggerfoils.

Let’s take for given that the wing, hulls, and beams of the new AC boats will be either one-design, or that the rule will force significant over-engineering. The class could make the daggerfoils and control systems a good place to allow teams to showcase their design, engineering, and construction innovations.

We know teams will go to great lengths to maximize their chances of winning.

One of the most obvious places to look for gains over other teams is the intersection between the vertical and the horizontal part of the daggerfoil. Basically, the smaller and thinner the vertical is at the join, the faster the daggerfoil will be. The only problem is, the smaller and thinner it is, the weaker it is. Even a perfectly engineered design relies on materials properties being correctly assumed and tight build tolerances being met. And even doing all that right doesn’t make it very easy to predict the effects of inevitable fatigue.

I believe that there is too much at stake for the competing teams to allow them to decide on their own whether their daggerfoils are strong enough to be out on the race course next to anther team. It would not take a very big delamination at the vertical-horizontal join to cause a daggerfoil to catastrophically fail.

Therefore, not only should teams’ daggerfoils be independently load tested, but perhaps further measures would be prudent such as nightly ultrasounds.

Competition with stakes as high as the America’s Cup mandates that teams push to the limit. Judgment can be impaired by race fever. Individual teams may not always be able to appropriately judge how close to the edge they really are.

This will cost money. For the last Cup, teams were required to contribute a lot of equipment, planning, and time toward the broadcast of the event. This went extremely well, and the world had never seen anything like it. It could easily be a similar requirement that teams contribute to an upstream safety program.

As for the control systems, well…