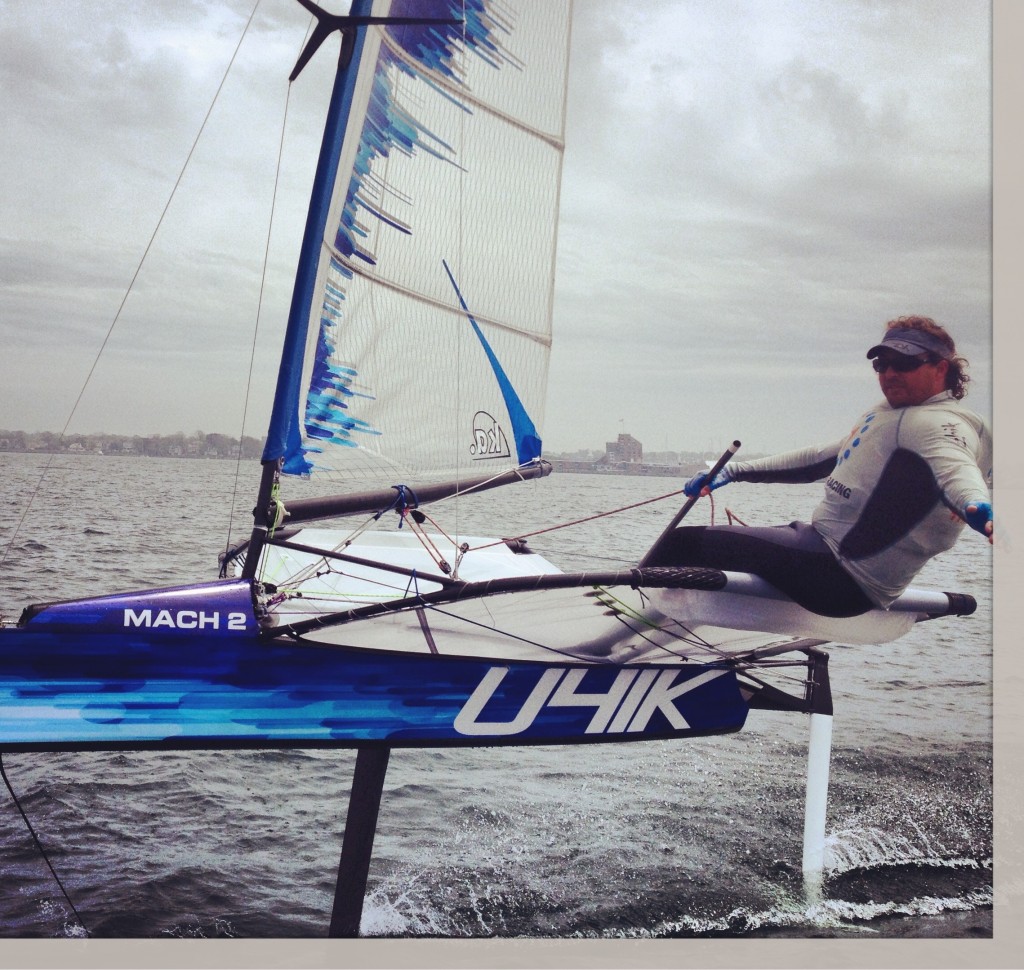 Charleston’s Ned Goss has been playing around with high performance boats for a very long time, spending the past decade working as a pro melges racer, running Ocean Sailing Academy, and now coaching the College of Charleston offshore sailing team. He’s done major time in the Fireball, the 49er, and now a new Mach 2 Moth. And we’re extremely excited to announce that our old friend Ned is now the fastest dinghy sailor in the world!

According to Goss’s Velocitek, with files verified by both Bora Gulari and Velocitek founder Alec Stewart, a very typical 18-25 knots of Charleston sea breeze allowed Ned to hit a peak speed of 36.5 knots, with a ten-second average of 35.9 knots. Compare that to the previous record – if we remember correctly, 32.4 knots peak from Swiss-American Chris Rast, well over a year ago – and you’ll find that Ned didn’t break the record – he destroyed it. And Ned’s not done yet. “I really didn’t believe it until I sent my entire Pro-Start back to Velocitek so they could verify everything, but now I think 40 knots is very much possible on Charleston harbor,” Ned told us. “This is pretty much a bone-stock Mach 2 with no work at all done either on hydrodynamic or aerodynamic fairing, which is clearly a big issue at over 40 mph,” he said. “That info, combined with the fact that I had adverse current on my record run, makes me think that 40 knots is just around the corner.”

And if anyone ever deserved to get his plugs in, it’s Ned.

“I’d never have the time or support to sail a moth if it weren’t for a few people: For Greg Fisher and the College of Charleston for letting me sail when the wind gets up, for Zhik for tons of great gear that keeps me smooth in the air even when I am not. For Danny and Jackson Davenport for replacing all my destroyed sunglasses, to Alec and Charles at Velocitek for the stuff that records the speed and tells me where and when to tack, and of course to the entire US Moth Class for all their help and coaching at numerous events around the country.”