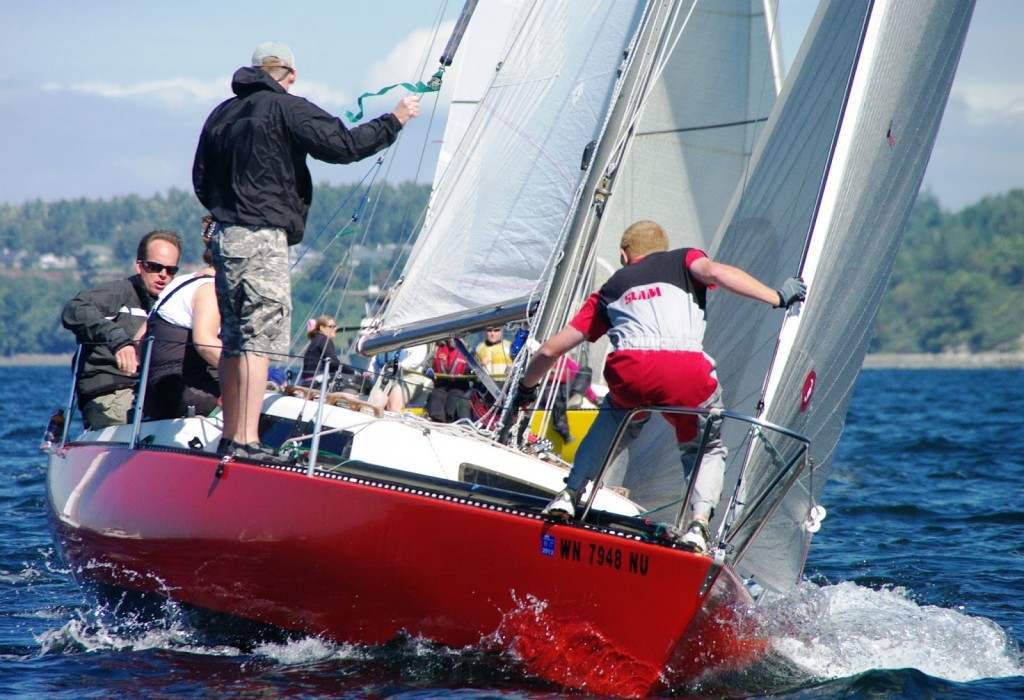 Here’s the SC 27 Blade Runner, overall winners of the Oregon Offshore, a 193-mile race that began  off the coast of Astoria, Oregon, and finished in the harbor at Victoria, British Columbia. One of the greatest boats ever, this pic is also a reminder just how small they actually are!

Other than the win, the most awesome thing we can see is what appears to be an outboard beer holder next to the helmsman. Now that’s proper yachting! Props to Anarchist Chris.