Jean Rheault, the owner of the J/41 SOUAY 1 in Pattaya, Thailand, recently sent us a report of their sailing experiences. Gotta love the 41! 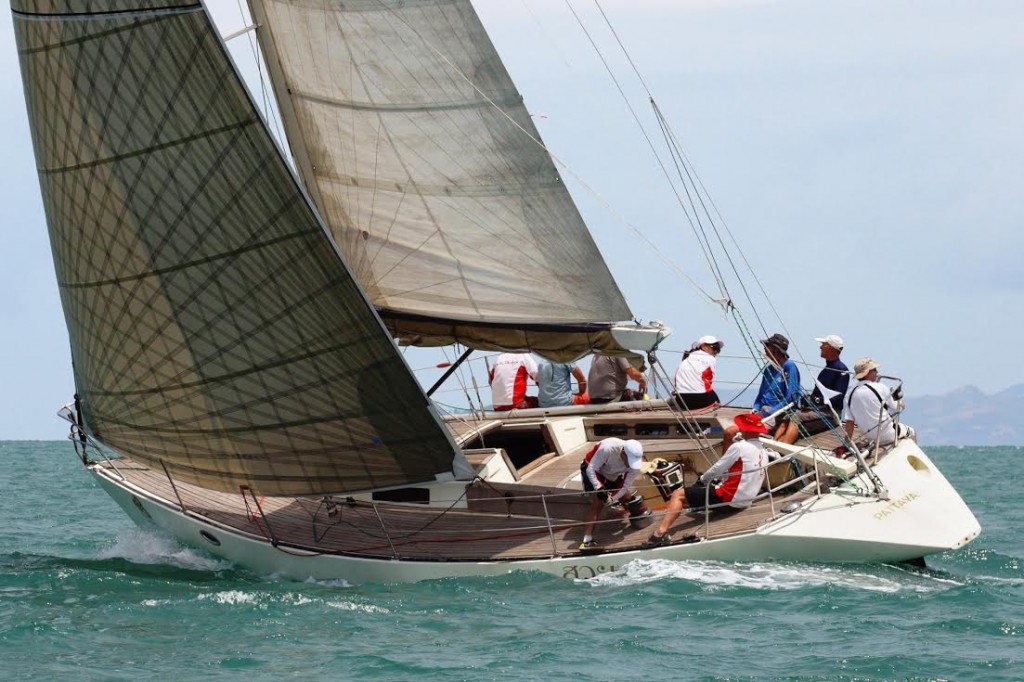 “The J-41 “SOUAY 1” team got inspired this year and managed to get a 1st at the Pattaya TOG Regatta in Thailand. Once a year, the Asian Grand Prix Circuit makes a stopover in Pattaya, the South-East part of Thailand, where the China Sea is at 30 C, with 6-12 Kts of wind 80% of the time, and daily squalls rolling the area with 20-30 kts to add spicy trills.

This year, a few remarkable top gun sailors joined the cockpit of the classic J-41; Phil Auger, one of the Kiwi Sport Boat National Warriors, who is opening a sail-loft in Langkawi, as well as Marco Belonje, who built his success in the One-design Asian sailing circuit.

These two leaders did great on the tactics and the sail-trimming, leading the entire team, and helped bring “SOUAY 1” on the top podium position at the TOG 2014, IRC3 Division!!

The great thing with yachting, is the inspiration that can catch not only sailors, but someone like “Tangmo”. She is a painter and she was also very touched during a sunset sailing ride with the big red asym spinnaker flying on the J-41. She later made an emotional painting of “SOUAY 1” and presented it to us at the yacht club.

It brings great happiness for me, to share with the J-Boat gang and sailing friends around the world, this satisfaction, to bring on their boats any type of people, who get inspired by these moments on the ocean, especially to a point they try to surpass themselves! ”

P.S.- They might be a bit dubious, but Jean did all the woodwork/ teak work himself….

time waits for no one