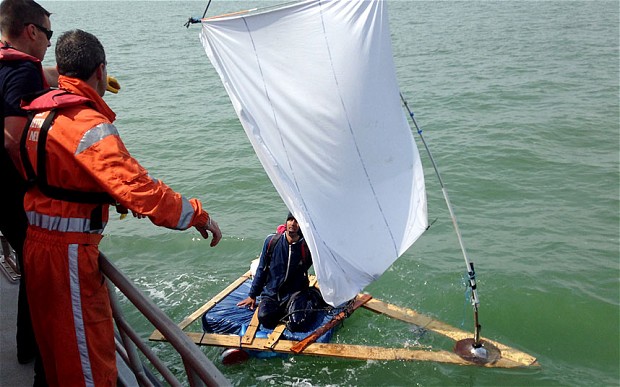 A young Afghan man has been rescued by French coastguard after risking his life trying to reach Britain on a makeshift raft fashioned from three planks and propelled by a bed sheet sail. Asif Hussainkhil, 33, was picked up less than two nautical miles off Sangatte near Calais, when he was spotted by a ferry as he tried to make the 21-mile Channel crossing.

Rescuers said he was lucky to escape being capsized and killed and had “zero per cent chance of making it to Britain” on the flimsy craft. Read on.

Title inspiration thanks to Sublime.