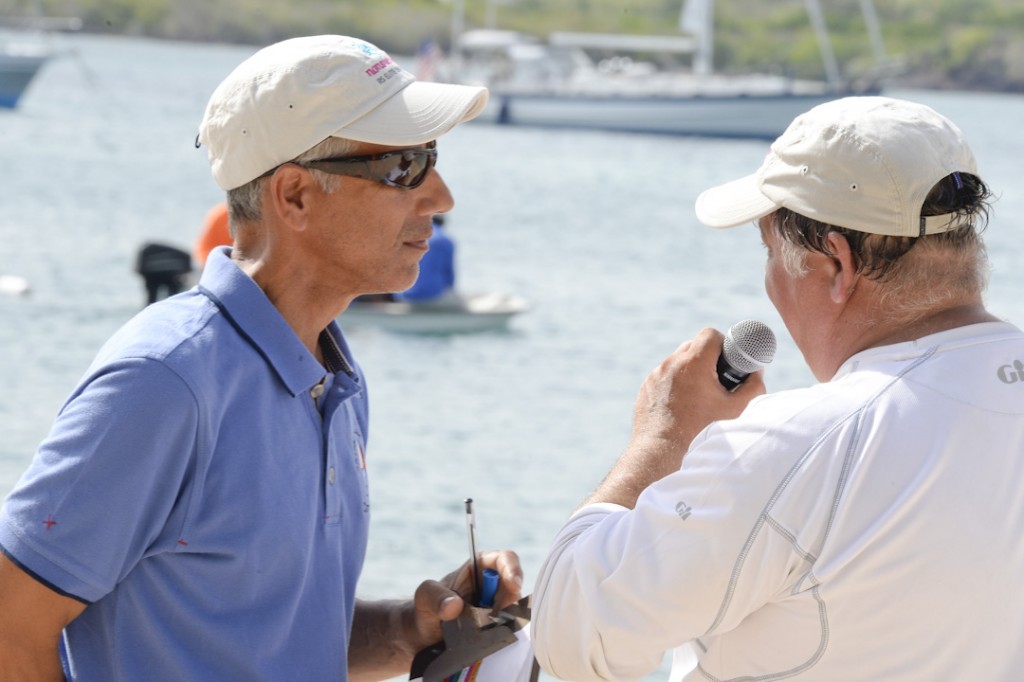 Jaime checks in from the penultimate day in Antigua.

Ok, lets get this out of the way: Balearia got her new sail! It’s a beautiful, paneled-spectra, 3di-looking high performance cruising sail. Faster than the number 4? In under 13 knots yes, over 16 knots, no. We put it up, again nailed the start, dropping True in our wake. Got to the windward ahead of everybody else and very close behind ICAP Leopard. We found a good speed boost and started savoring that huge bullet bonus!

As it turns out, we were a little early for that. A small navigational slip had us going fast in the wrong direction in the first long downwind leg. We lost all our gains and then some, as we had to hoist the jib (a tough job as this is no light weight race sail) and close reach up to the actual mark. To add insult to injury, what followed was a slalom of 2 back-to-back reaching legs where a Code 0 really paid off! Guess what? Our Code 0 is still in the planning stage. Our competition picked up and left us in the dust. True was particularly brilliant and had speed to burn; from were we were standing, they literally appeared to be riding the wake of twice-as-big ICAP Leopard.

Too bad we could not end our racing misery with just a single bad nav call on the day…In race 2, after a much-too-short lunch break, we had a less than stellar start. We went on to destroy another chute on the hoist, leaving us now with only one kite for the final day of racing: A big, light A2.

To remind you of just how close the fleet is here in Class 0, True came within 2 seconds of getting a bullet in the last race. And that valuable bullet would have given them not just equal points with us but the tie breaker in their favor. Thank voodoo for little favors! With our competition beating us in both races, we destroyed the nice points lead we had on both True and Scarlet Runner.  It’s now do or die for Team Varg on Day 5 of Antigua Sailing Week.

Here’s the Team Varg /Balearia ‘to do’ list in order for us to take 2nd in CSA Class 0:

1) Make sure Tonnerre beats True
2) Beat Scarlet
3) Get the race committee to spare us from anymore Code 0 reaching legs.
4) Keep the A2 in one piece in 17 knots

something wicked this way comes