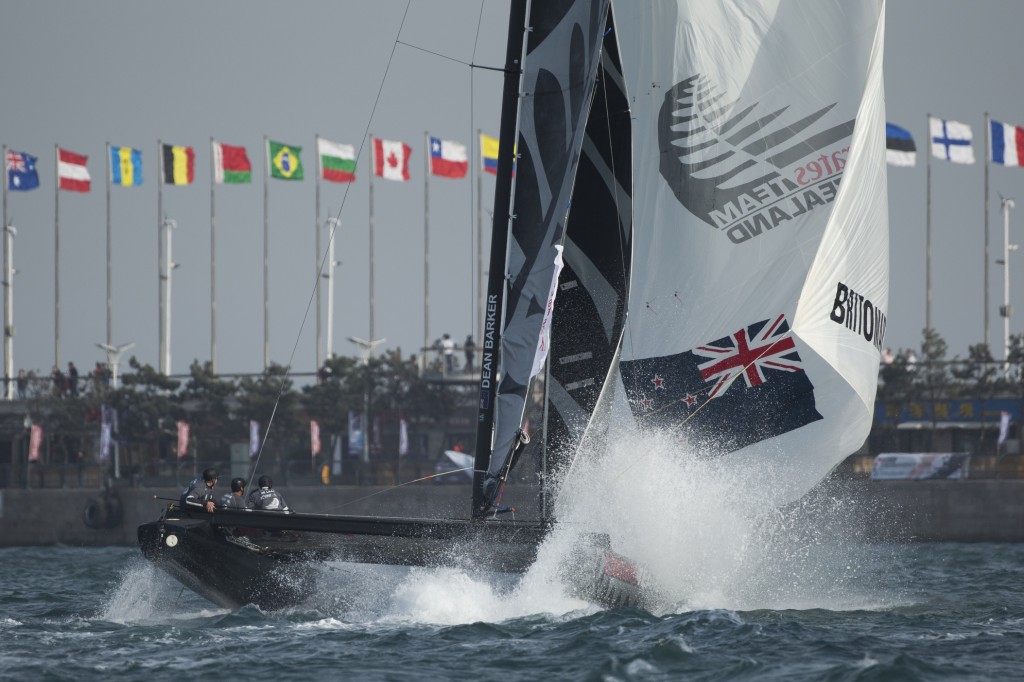 Winds over 30 knots weren’t enough to keep the Extreme 40s on shore in Qingdao today, and with a forecast for plenty of breeze this week, the remainder of the ESS stopover in China should be damned good TV.  The Amero-Suisse team on Alinghi continues to show their stuff, but unfortunately, like the media-controlled, free-speech hating country it is, China doesn’t allow Youtube streaming, so you’ll just have to wait around to see when, if ever, the recording makes it up on the ESS channel.

As an aside, the ESS finds itself in some serious political trouble these says, with one team sponsored by a company that finds its leaders sanctioned by Western powers and is still a target of environmental activists, this stopover in a nation that doesn’t allow live streaming (or human rights, for that matter), and another stopover coming up in a country doing its best to start World War III.

It may not be war, but we sure do like watching the racing.  Mark Lloyd shot of ETNZ going down the mine.