up to the lay

Boricua’s Jaime Torres reports on Day 2 and 3 of Antigua Sailing Week from aboard the chartered TP52 Balearia.  Here are the Day 2 and 3 reports along with another nice photo from Tim Wright/Photoaction.com.  Like Jaime’s Smile and Wave Sailing Team Facebook Page here for a constant stream of year-round content from the Caribbean.  Results are here, and for a look at some nice video from Leopard and the Gunboat Zenyatta, go here. 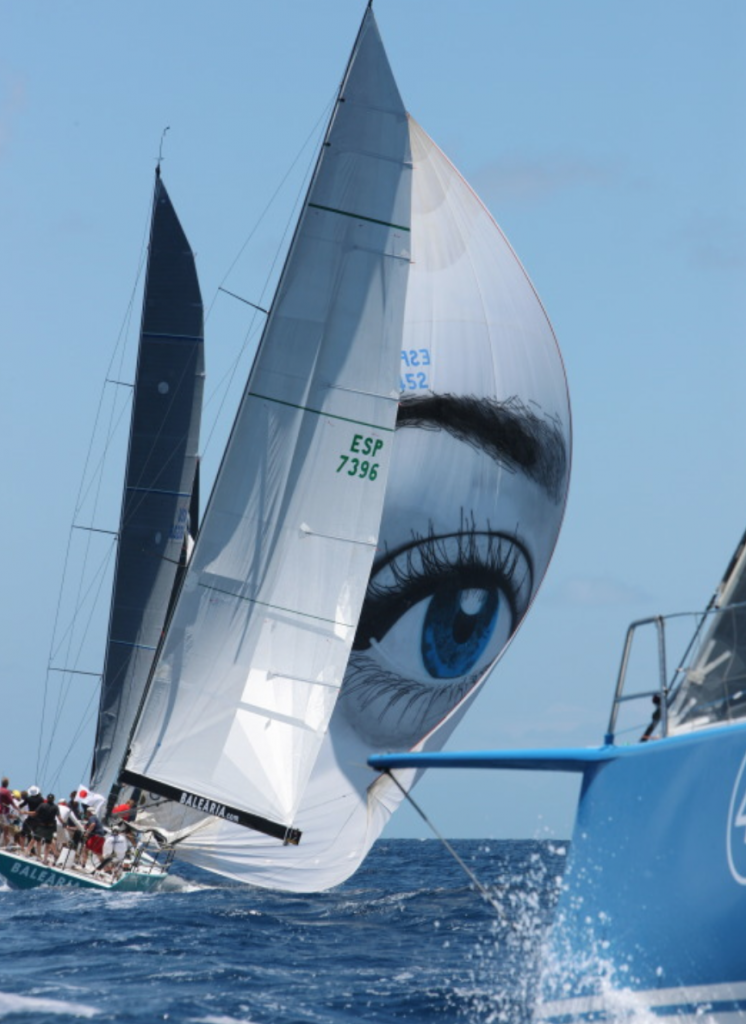 The fat lady has not yet sung, and with 2 days /4 races with no new sail catastrophes, I can honestly say that Team Varg has found its groove!

The predicted forecast for the past couple of days of 11 to 15 knots was spot on, and how crappy is that for a boat who’s only remaining headsail is a 6-year old  #4?None of us can quite understand how we have not yet succumbed to our misery, in spite of our bad breaks (no pun intended) to our sail inventory (if you can call 1 head sail “inventory”) situation. Nic Bols has been sensational in keeping our boat speed up in the gnarly chop that usually accompanies this level of moderate trades in Antigua. His job is only made easier by the fact that we are just rocking the starts. We fight for and get good lanes off the line every time because we have no choice: Without a bigger jib, getting behind is death.  The crew has backed him up with good tacks and gybes and iPad navigator Dagfinn Klausen has managed to wrap his head right around the currents and windshifts in the South of Antigua.

The Vroon machine aboard Tonnerre has been going fast all week, and his boring string of bullets proves for a 330th year that they can sail to their rating.  But for us, sailing against the phenomenally beautiful Kernan 47 True and the Aussies aboard bright their bright red Scarlett Runner is what’s kept this regatta so interesting. With very close ratings and similar boat speeds, we are racing for braggin’ rights here. We do not let up and I think we have earned some respect from those guys. It shows because they are out on attack mode and want to get us bad. They have to because the racing positions are being decided by seconds.

In race 2, the first w/l on Monday, we missed the $10K in bonus pay for a bullet offered up by the charter owner by just 19 seconds. In race 2, 45 seconds in elapsed time and less than that on corrected is all that separated 2nd from 4th, with us in second again!

Day 3 was another perfect day with imperfect sails. Tonnerre is running away with straight bullets and proving to be almost unbeatable, as she’s done so many times before in so many oceans. Our conservative but consistent sailing with no mistakes got us 2 more second places but the score line hardly tells the story. Most races have been almost too close to call in our mental timers.

The new headsail should finally arrive Wednesday morning, and we hope that will bring us that much closer to a first place in the daily prize giving. In the meantime we are all looking forward to the layday. We can definitely use the break and enjoy a day on Pigeon Beach watching the very cool Nonsuch Bay RS Challenge. Our pro kids will be representing Team Sailing Experiences on the RS Elites, while I suck on some well-deserved rum and cokes and narrate the action for the spectators.

there’s no such thing as bad press