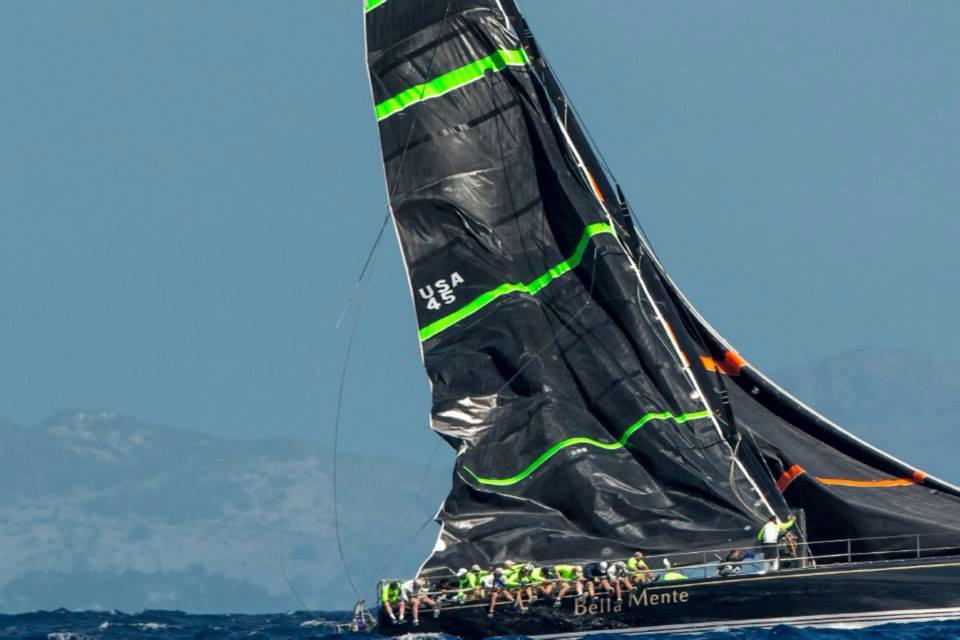 We reported on Bella Mente’s dismasting in St. Barths last week, but we know that shots of dismasted boats are a dime-a-dozen.  But shots of dismasting boats, especially when it happens on the way to the course rather than mid-race?  Well that’s a horse of another color – in this case, a very expensive black, neon green, and orange horse.  Awesome work (with a few more in the sequence on his Facebook Page) from Quentin De Rosny.  We haven’t been able to learn the cause of this expensive fuckup just yet, though one crew tells us the ‘mast failed rather than the standing rigging’ though that’s not official, another says he thought the headstay failed.  We went to the source and builder of the big spar – Ben Hall from Hall Spars, who told us there’s no smoking gun for this one.  “This mast has had a lot of serious racing on it over the past two years without a single issue, some of the best shore crew and sailing crew in the sport with no expense spared on maintenance or upkeep, and the crew has told us that it’s seen ‘much worse’ over the past couple of years – so we’re all a bit baffled. Hall said. “There’s always some contributing factor to a breakage like this, and thanks to the quick thinking crew of the BM and the fact that they recovered the rig, we hope either the BM team or our team can get to the bottom of it.”

the next sydney to hobart winner?