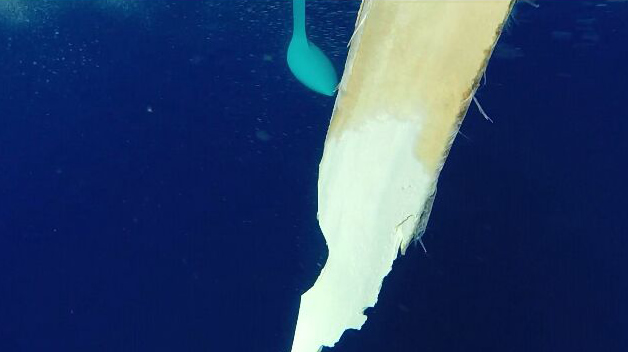 Update: Jeanne Grégoire and Gérald Veniard (Scutum) struck a “UFO” unidentified floating object on Wednesday afternoon. The shock was large enough to damage the keel and, especially, break one of the two rudders on their Beneteau Figaro. To port, the boat is no longer manageable, forcing the duo Scutum substantially reduce speed and opt for a safe road. At the time of the damage, the duo pointed Scutum 5th positon of the Transat AG2R La Mondiale, competitors are 5-6 days of arrival in St Barthelemy in the Caribbean.

Nearly 17 days and 3,000 miles into this twelfth edition of the Transat AG2R, just ten miles separate the leaders while nearly half of the fleet remains in contention to win. Combining relatively simple boats with an absolutely obscene talent level in the fleet, each crew must extract every hundredth of a knot, continuously, and sail and navigate flawlessly at all times to even have a shot at the podium. This is the Figaro circuit; the closest, most intense and oftentimes most tactical ocean racing class in the world and this current Transat AG2R is living up to the hype in every way with 3,890 miles of impossibly close one-design racing from Brittany to the Caribbean.

After rounding the mandatory turning mark at La Palma in light air, the 14-strong fleet essentially endured a restart with the fleet abruptly splitting into two groups after La Palma; north and south. With five boats taking the northerly option sailing west and nine boats taking the southerly option heading almost due south, the fleet quickly gained separation in this AG2R’s decisive make-or-break scenario. Among the northerly boats included three of the fleet’s elder statesman; Michel Desjoyeaux, Jean Le Cam and Kito de Pavant, while the southerly option attracted many of the Figaro class’ young regulars alongside the great Roland Jourdain. The face off that made this edition of the AG2R so thrilling had finally occurred. Who would win? Youth and skill or age and treachery?

It appears that youth and skill are coming out ahead in this double-handed Transatlantic throw down. As a weak low moved from west to east across the Atlantic, the Azores High was pushed south and weakened, creating a disorganized light-air upwind and variable scenario for the northerly boats while the southerly boats slid into more steady northeasterly tradewind pressure and sailed away to the tune of turning a fifty mile deficit into a hundred mile advantage within seventy-two hours.

Perennial AG2R contenders and maxi-multihull specialists Thierry Chabagny and Erwan Tabarly (nephew of the late, great Eric Tabarly) aboard GEDIMAT suffered the same ill fate as Cercle Vert when a lower shroud failed at the turnbuckle, sending the rig toppling over the side. With the defending Transat AG2R champs (Cercle Vert) and defending AG2R runner-up Tabarly both knocked out by a démâtage, in addition to Damien Guillou’s dismasting in the last Figaro and eventual 2013 Figaro winner Yann Elies’ headstay failure, the recent lack of reliability of the one-supplier Figaro Class’ standing rigging is becoming a hot topic within the class. With speculation regarding inferior materials, failure-prone rod heading procedures and failure induced by newer, stiffer sail materials, the class will have plenty to talk about and resolve after this current AG2R comes to a close.

The cream has risen to the top in this AG2R and while many of the pre-race favorites have lost the race due to navigation, the battle at the front rages on. Class stalwarts Generali, SAFRAN- Guy Cotten and Skipper MACIF round out the top three positions, separated by a scant 20 miles, while Roland Jourdain’s LA CORNOUAILLE, Scutum and 30 Corsaires remain in contention between 40 and 70 miles back of Generali, effectively making this a six-boat race with some 1,200 miles left to go. The leaders are expected into St. Barth sometime early next week. – Ronnie Simpson.

back in the day