Bite One:  With a new one in the oven, It’s the swan song for George David’s much-conquering Rambler 90.  David’s gotten more out of the big water-ballasted beast than could ever have been expected, though not at Les Voiles de St. Barths, where light air early in the week meant a distant second place behind the Aussie-stacked 69′ CAOL…something we can’t pronounce.  This little boat bite was an easy early morning epoxy-and-tape fix, apparently a powerboat just had to get a closer look while the Rambler was on her mooring before Les Voiles. 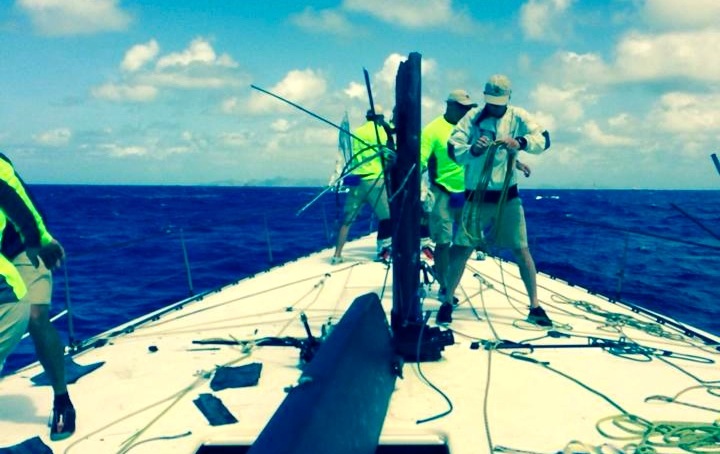 Bite Two: Last month Hap Fauth’s big Bella Mente ran off to a Caribbean 600 win as explained right here by Mike Sanderson.  This month, she loses her rig on the way out to the race course on Day 3 of Les Voiles.  Fauth had a good shot to win, but not without a rig!  An expensive week for maxis at the very expensive island of St. Barths.  More in the thread.