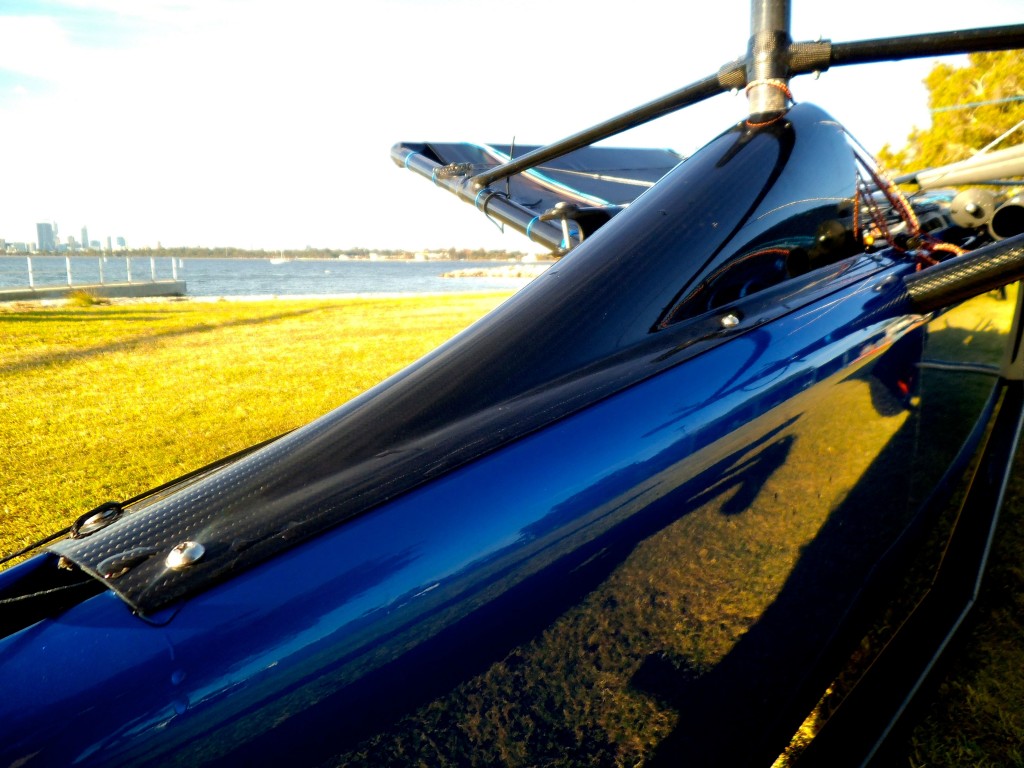 Despite inventing and perfecting the most wand-controlled t-foil flying system used by every Moth and plenty of imitators, John Ilett and his Fastacraft-built Moths were simply out-developed by Andrew McDougall and McConaghy China’s Mach 2 Moth in the supremacy of the world’s fastest dinghy.  Launched back in 2009, the Mach 2 has dominated every major event for half a decade, with the first real contender – the Exocet in England – getting a couple of top ten finishes at Worlds just this past fall and likely to get on or near the podium this summer at the Hayling Island Worlds.

Meanwhile, many have wondered what the Ilett boys have been up to over in Perth, Australia;  wonder no more; John’s been working on this beauty.  It’s the new Fastacraft Moth,  and it looks slick, sleek, and aero as hell.  John sent us a note:

This is the new boat, and its design, tooling and build methods have been designed with the intent of a real production run, assuming we get enough interest and orders.  In the short term, we can only build a limited number of boats that we hope can prove themselves in racing soon.  If we do go into a production run, the hull and trolley would be produced overseas, while all other components – foils, wing frame, rig, and wand/control systems would still be manufactured in our shop in Western Australia.

The first boat is just three weeks out of the box and pushing 30 knots – great control, no crashes!

Keep an eye on the new Fastacraft Moth here

the days of paper